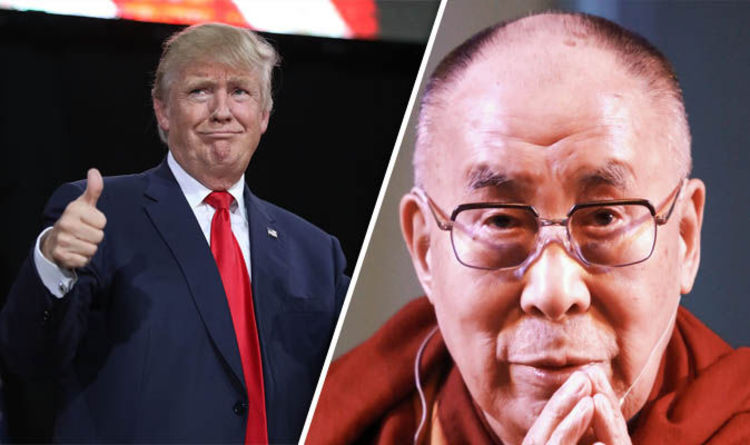 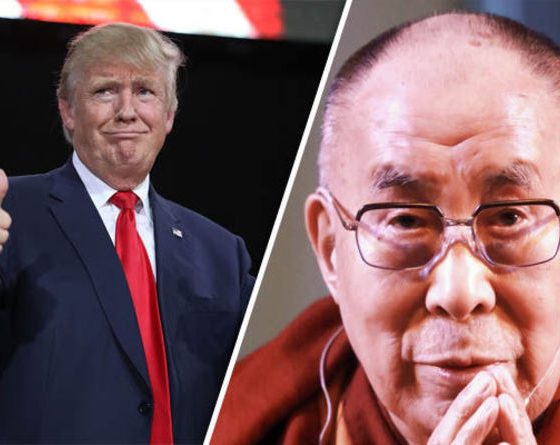 US Government doesn’t want to pay for Tibetans anymore

Top image caption: After 60 years of unfettered donations from a sympathetic global community, the Tibetan leadership now faces leaner times and a leaner future as its biggest donor tightens the purse strings.

If anyone wondered if President Donald Trump would continue American support of the Tibetan government-in-exile as past US Presidents have done, all speculations ended recently when the State Department sent a proposal to the US Congress calling for the cessation of all aid to the Tibetan people. The withdrawal of American financial support for the Tibetan leadership is indeed a cause for concern for Dharamsala, where the Tibetan leadership is headquartered. This aid has been one of the core reasons Tibetans have persevered for as long as they have and this break from tradition by Trump is a harbinger of tremendous changes ahead for the Tibetan refugees. President Trump’s actions join an increasing chorus of declining global support for the Tibetans. 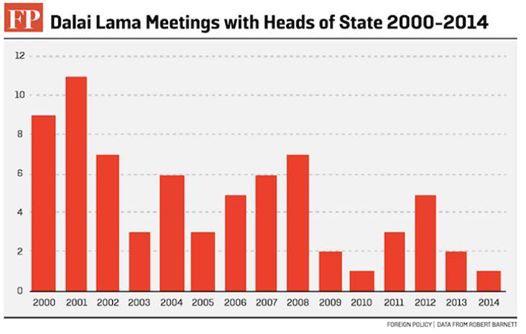 For over fifty years, the Tibetan people have lived off the goodwill and kindness of the world community, who have propelled their cause to global recognition; it would be difficult to find another leader of a refugee community more well-known than the Dalai Lama. Yet, after decades of moral and political support including humanitarian care, fiscal benefits, and all manner of sponsorship (both from states and generous individuals), as well as giving Tibetan leaders access to their own political space to advocate the ‘Tibetan cause’ (often at the cost of stoking China’s ire), the Tibetans-in-exile do not seem to have progressed.

Despite millions of dollars pouring into the coffers of the Tibetan leadership, very little if any seems to have trickled down to the Tibetan people themselves, for whom the monies were intended. Therefore today, despite all the assistance the Tibetan people have received, they do not produce or create any significant goods or services, or contribute to the global science and artistic community. Similarly the general Tibetan community cannot claim to have carved a reputation in any academic disciplines, nor do they add value to the nations that host them; in fact, their very presence often jeopardizes their host countries’ abilities to provide for their own citizens through lucrative trade relationships with China. Thus, far from being the success that some say they are, the state of the Tibetans in exile today reveals what an abysmal failure they have become as the result of weak and corrupt leadership. In any analysis of the situation, the final conclusion must be that the Tibetan leadership known as the Central Tibetan Administration (CTA) have all but turned the people into professional refugees with one function only – to continue to generate global sympathy and keep foreign aid and sponsorship flowing. President Trump is no longer willing to spend American taxpayer dollars on supporting the Tibetan leadership’s inefficacies and incompetencies.

This well-rehearsed ploy by the CTA, manipulating the goodwill of sympathetic donors for aid and sponsorship, has not escaped notice. Maura Moynihan, the daughter of the late US Senator Patrick Moynihan, a long-term benefactor of the Tibetan refugees arrived at the same conclusion after decades of tremendous support to the International Campaign for Tibet (ICT). Writing that the organization “…has no clear purpose other than self-preservation, raising funds to pay for trips to Asia, comfortable salaries…”, this description fits the CTA very well, perhaps even more so than the ICT.

Like many other CTA-sponsored bodies around the world, the ICT is merely an extension of the Tibetan leadership, created with the objective of serving their agendas and not hesitating to breach all ethical codes in the process. The organization is part of a significant network of fund-raising organizations supposedly established so Dharamsala can invest in efforts to regain their freedom. In the process, these organizations have raised untold millions over the years and yet, for all of these efforts, the Tibetan movement seems to have lost traction over time.

Meanwhile the Tibetan people continue to languish in exile, living on false hopes and forever waiting for good news, but apparently cheated by their own leadership. Five decades of global hand-holding have led to a leadership and community plagued with complacency, division and internal disharmonies. A number of reasons can be cited for this but one of the main explanations for this lack of results must be the Tibetan leadership itself. Whether by design or negligence, the Tibetan leadership turned their cause into an issue that created confusion and division amongst their people and their respective supporters – rangzen (independence) versus umaylam (autonomy). Instead of focusing on taking appropriate steps to engage with the Chinese, the CTA plunged the community into chaos. They focused the fight amongst the Tibetans and with that, a movement well-supported by the global community spiraled into ruin. 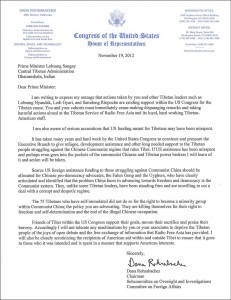 Whether the Tibetan cause ought to be rangzen or umaylam is largely academic today as both are nothing more than wishful thinking because of the CTA. They may blame China for refusing to negotiate and with that explain away their failure. But the leadership has no one to blame for denying their own people the most basic human rights under a democracy that the Dalai Lama declared in the 1960s. The proposition that whilst working out a longer-term solution with China, the CTA would give its people the freedom of a liberal society, appealed to many nation-states around the world and drew even more funds into the CTA’s pockets. After all, countries like the United States of America invest substantially in the promulgation of democracies around the world. Amongst some of its more prominent initiatives, the United States government funded Radio Free Asia to be an instrument of free speech with an annual budget of $34million from Congress at one point. However, it was not long before the CTA, somewhat ironically, abused this instrument of freedom to silence critics instead. This prompted a stern warning by US Congressman Dana Rohrabacher whose investigation indicated that there were “serious accusations that US funding meant for Tibetans may have been misspent”.

This should not be a surprise to anyone. The history of the CTA itself is littered with clear cases of abuses of power, one of the most obvious being the CTA’s use of state powers (Cabinet and Parliament) to ban a religion and criminalize the practitioners of Dorje Shugden. Even today, the CTA proudly displays on their official website various parliamentary resolutions calling on Tibetans to marginalize and discriminate against other Tibetans purely based on their religion.

But to the CTA, creating conflicts, sponsoring persecutions and completely ignoring the law are common government practices used to keep the people under control. We see this in the way the CTA instigated a split in the Karma Kagyu Tibetan Buddhist lineage by interfering in the process of recognizing and enthroning the 17th Karmapa. We see it again in the way the CTA openly denied the Jonang lineage their rightful representation in Parliament which the lineage is entitled to by tradition and by the Tibetan Constitution. We see this in the way the leadership unilaterally declared an abandonment of Tibetan independence without first securing the consensus of the people. And we see this in the way the CTA rigged election rules and procedures to disqualify Lukar Jam, a popular candidate for the 2016 Sikyong Elections.

If the CTA has been able to get away with so much wrongdoing and injustice, it is in large part due to the fact that it had the means and resources to do so. Instead of using foreign aid and financial assistance to protect the Tibetan culture, the ancient Tibetan Buddhist religion and promote democratic freedom, the CTA used these monies to oppress its people and coerce them into submission. To this day the CTA is not accountable to anyone and the funds for it to maintain its abusive power has kept flowing in. In that way, subsidies from the Unites States and generous donations from other countries have in fact fueled the bullying and suppression of the Tibetan refugees by their own government.

But it is now more than fifty years and it has become clear to the United States and other countries that the CTA has no intention of protecting the freedom of its people nor does the CTA have any genuine intention of engaging sensibly with China so that the Tibetans can return home. Being refugees is the CTA’s trade and keeping the Tibetan people as exiles an easy ticket for funds to keep flowing into the pockets of the Tibetan leaders. To continue funding the CTA would be to continue empowering them in their censorship of freedom. On the other hand, in stopping aid to the Tibetan people, the US in fact stops funding the CTA’s oppression and creates a need for the C TA to change its ways. Half a century is more than sufficient time for the CTA to have shown that it has a genuine intention and also the ability to protect the well-being of the Tibetan people and to secure a future for them. The CTA has clearly proven that its agenda is otherwise.

The original article in The Indian Express

Give up the Tibetan cause, get an Indian passport