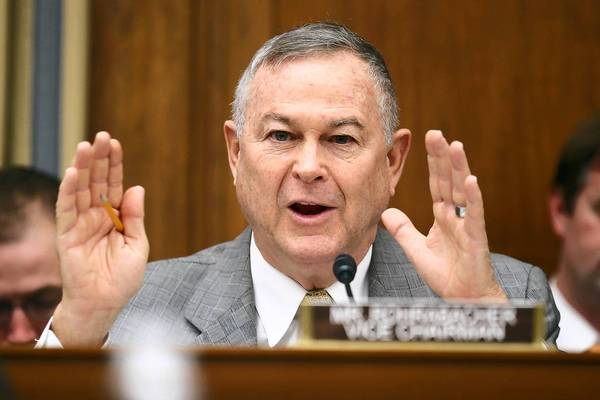 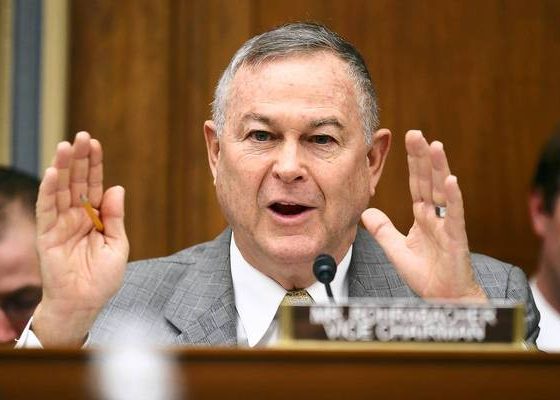 Top image caption: US Congressman Dana Rohrabacher has grown to become an outspoken critic of the Central Tibetan Administration

The recent elections for positions within the Central Tibetan Administration (CTA) have been marred by controversy, corruption and outright greed. This has not gone unnoticed by the Tibetan refugee populace, neither in fact by the State Protectors, who were so exasperated at the behaviour of the Tibetan politicians, they publicly and somewhat wrathfully chastised them, in a move which has embarrassed the entire CTA.

The corruption became strikingly evident when measures were taken by the incumbent Sikyong (Prime Minister) Lobsang Sangay and the Kashag (CTA Cabinet) to prevent independent candidates from receiving or spending funds for campaign activities after the primary ballots. This severely affected non-incumbent candidates, who as a result of this electoral procedure, were left with no choice but to withdraw their candidacy. For example, Lukar Jam, a well-liked candidate who promotes Tibetan independence and politics that support a united Tibetan people, even among currently ostracised Dorje Shugden practitioners, was forced to unceremoniously bow out of the prime-ministerial race. 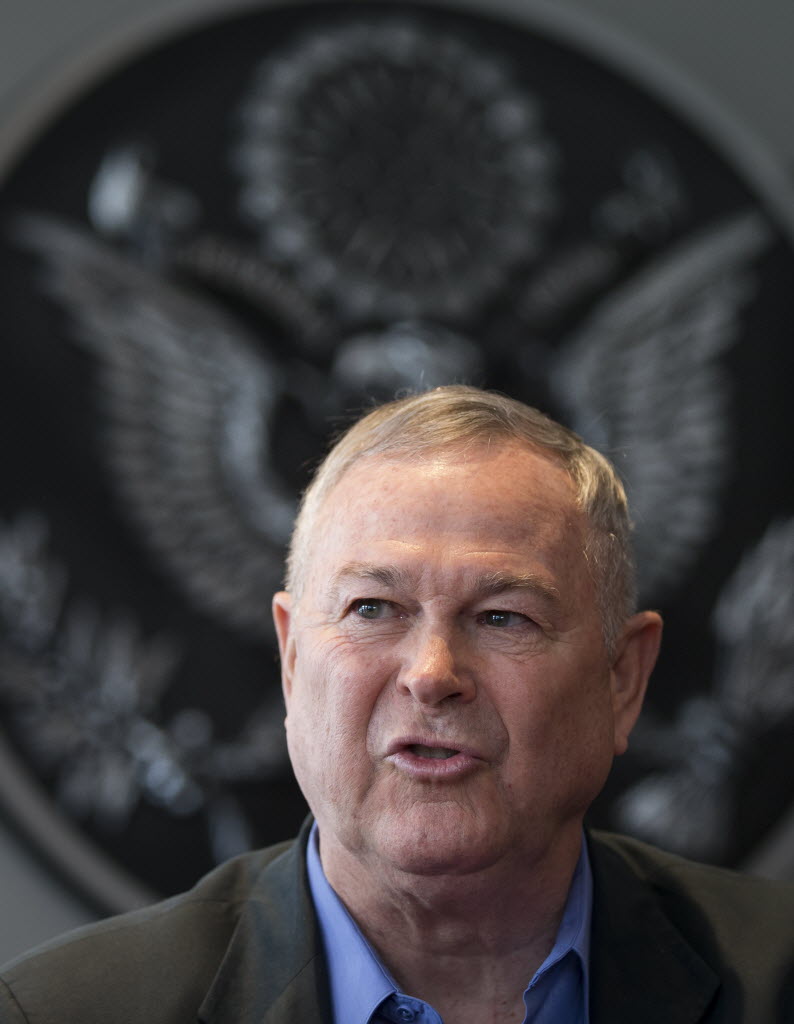 This has not gone unnoticed on the international stage either. US Congressman Dana Rohrabacher currently serving as the Chairman for the Subcommittee on Europe, Eurasia and Emerging Threats as part of the House Committee on Foreign Affairs, as well as the Co-Chairman for the Congressional Tibet Caucus, issued a letter on 1st February 2016 raising his serious concerns. Addressed to both the Honorable John F. Kerry, the US Secretary of State, and the Honorable Gayle E. Smith, Administrator for the US Agency for International Development, he mentions the current situation within the Tibetan electoral process and highlights its unfair and highly undemocratic nature. In the letter he calls for both agencies to monitor the Tibetan leadership closely to ensure they are indeed conforming to accepted democratic standards.

This isn’t the first time that Congressman Rohrabacher has highlighted the dubious actions of the CTA. In 2012, he investigated a highly worrying fact that those who had differing views from the Tibetan Leadership were facing intense consequences, such as the firing of Jigme Ngapo from his position of Tibet Service Director at Radio Free Asia. In a separate letter dated the same year, the Congressman states that the CTA’s American sponsors are receiving reports of the mismanagement of funds and corruption at the highest level of the CTA.

A point of note within the more recent letter regards the huge amount of international aid bestowed upon the CTA by various world powers. For example in 2014 $19 million was spent by the US government on various projects related to the Tibetan people, and there was a sum of at least $6 million earmarked for Tibetan use in 2016. As the letter states the US government also grants the CTA its assistance to alleviate poverty within the Tibetan refugee populace and for the promotion of democratic ideals and governance. The current political climate within Tibetan Leadership goes against the purpose of the aid they receive, which is highlighted by the Congressman.

Given the USA’s status as the CTA and Tibetan people’s biggest international sponsor, shouldn’t the CTA be worried that they are being criticised? This letter serves as a testament to the corruption and undemocratic nature of Tibetan politics as it exists, despite the claim to be fair and just. The fact is, the CTA and Tibetan Leadership have been receiving money from other governments. From their actions it is clear they don’t care about democracy, simply their own greed and selfish agenda.

It is also very hypocritical to accuse others of receiving money from governments, such as the often used claim that Dorje Shugden practitioners take money from the Chinese government, when they themselves continue to receive funds from the USA and other world powers. The highlight of this fact by a US Congressman, and given the recent chastisement by the two State Protectors, makes one wonder if Tibetan Leadership will ever be live up to the supposedly democratic ideals it is supposed to embody, including unity regards of differing political views or even religion. 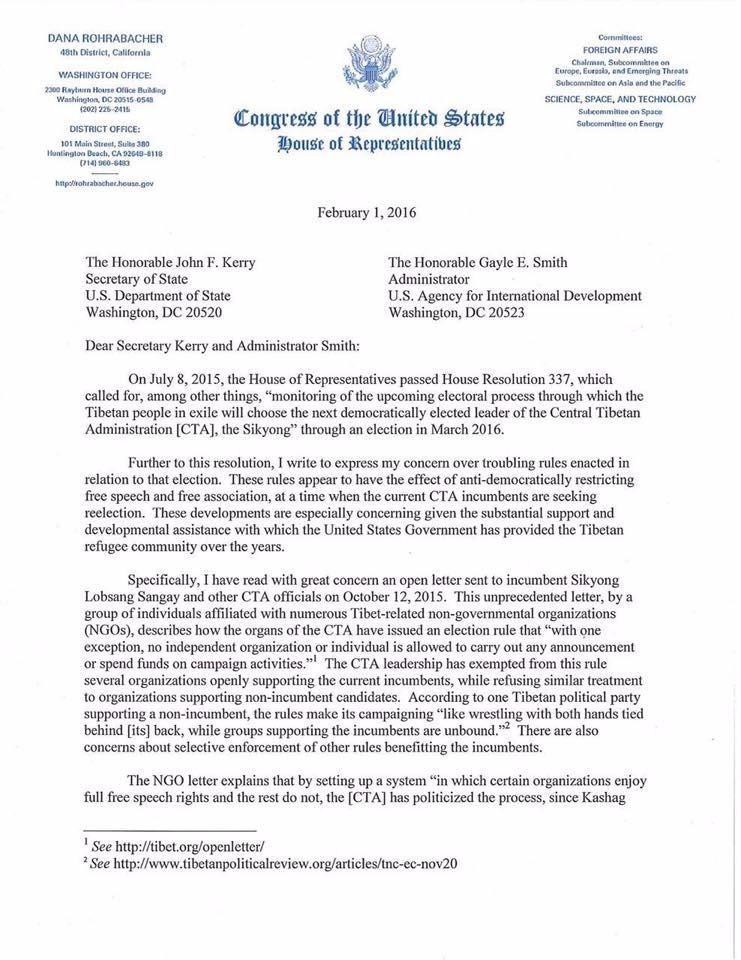 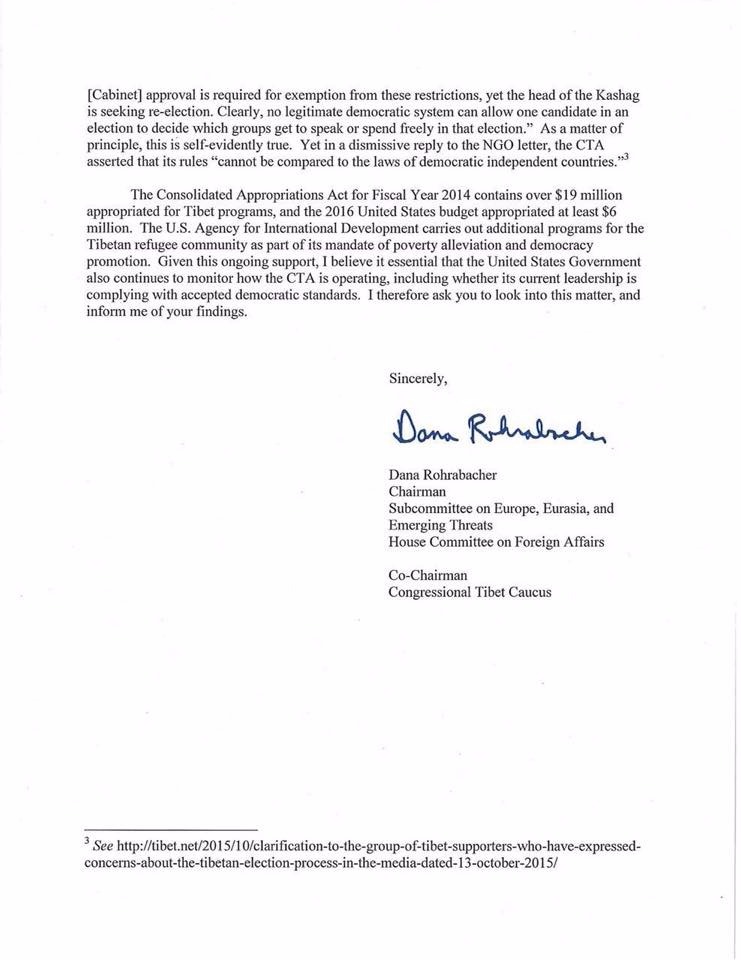