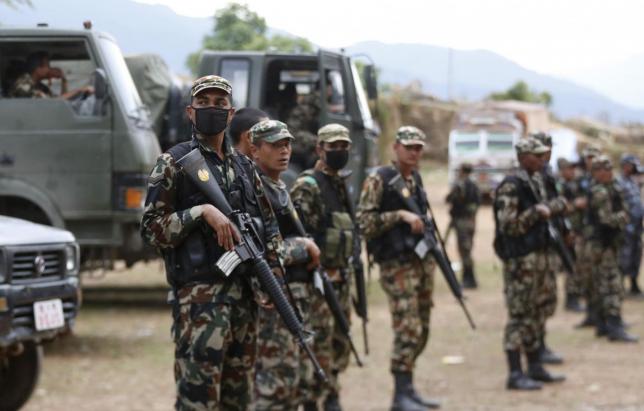 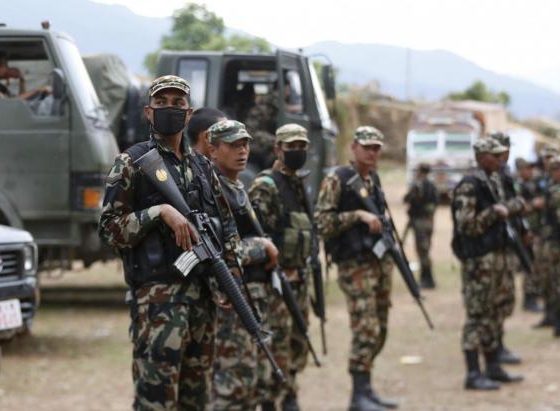 This article shows the current trend that is happening with governmental relationships between various countries with China from all around the world. Nepal is not the only country doing this. China is the second biggest economy in the world and many countries depend on China for the trade, growth, economy, investment, infrastructure and so forth. Hence it is only logical that a country like Nepal establishes this kind of bilateral ties with China which has mutual benefits for both countries.

The Tibetan community in Nepal are guests in their host country. They depend on the kindness of Nepal for their livelihood, a place to stay and a place to practise their religion. Nepal is a small and poor country, so they depend on bigger neighbors for assistance. Therefore, the Tibetans in Nepal should not engage in activities that will jeopardize the good ties between China and Nepal. After all, what do the Tibetans give back to Nepal and what would Nepal gain if they side with the Tibetans? The answer to these cold hard facts is evident with this latest development as reported in this news article.

It’s high time that the Tibetan community starts giving back to their host country of Nepal. Due to the freedom and rights they have enjoyed in Nepal for 50 years now, they are doing very well. The Tibetan community in Nepal should not even be considered refugees as their living standard is higher and if not better than the average Nepali. They should be raising funds internationally for the betterment of Nepal by building hospitals, schools and other health care facilities to help their fellow Nepalese. Tibetans themselves should open their own purse strings to contribute back to Nepal.

In fact the majority of the Tibetans in Nepal carry Nepalese passports and travel in and out of the country internationally without issues. A well known Tibetan/Nepalese is Lama Zopa Rinpoche who carries a Nepalese passport and has all the benefits of any Nepalese citizen. Like Lama Zopa Rinpoche, many Tibetans have full privileges as any other citizen. It is very important now for the Tibetans in Nepal who have gained so much living in Nepal to contribute back to the Nepalese people and nation and not create disturbances for Nepal to receive aid for the betterment of their country especially after the destruction of the earthquakes. 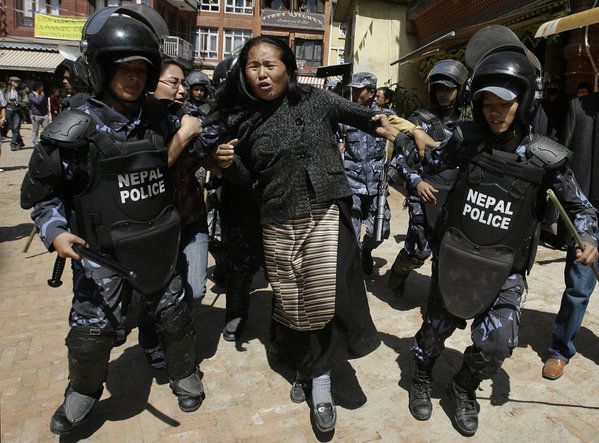 DHARAMSHALA, April 2: In a grim political development against Tibetans living in Nepal, the Nepalese Army Chief has assured his Chinese counterpart of not allowing any activities by Tibetans against China on Nepalese soil.

The Chief of the People’s Liberation Army, General Fang Fengui also extended his support to Chhettri to stop ‘Free Tibet’ activities in Nepal. He stated that ‘Nepal-China cooperation has been developed into a new model based on one-belt, one road strategy.’ He also assured that military cooperation between the two nations would be part of the strategy.

Expressing his full support to China’s strategy, Chhettri said that Nepal would not allow ‘any anti-China activities’ in Nepal.

According to Chinese media, Xu also urged the Nepalese army chief to ‘increase strategic cooperation for regional peace and stability as part of implementation of the political understanding reached between Nepal’s Prime Minister KP Sharma Oli and the Chinese leadership.

The Prime Minister was in China From March 20 to 27 for a week to seek investment and expand relationship with China. 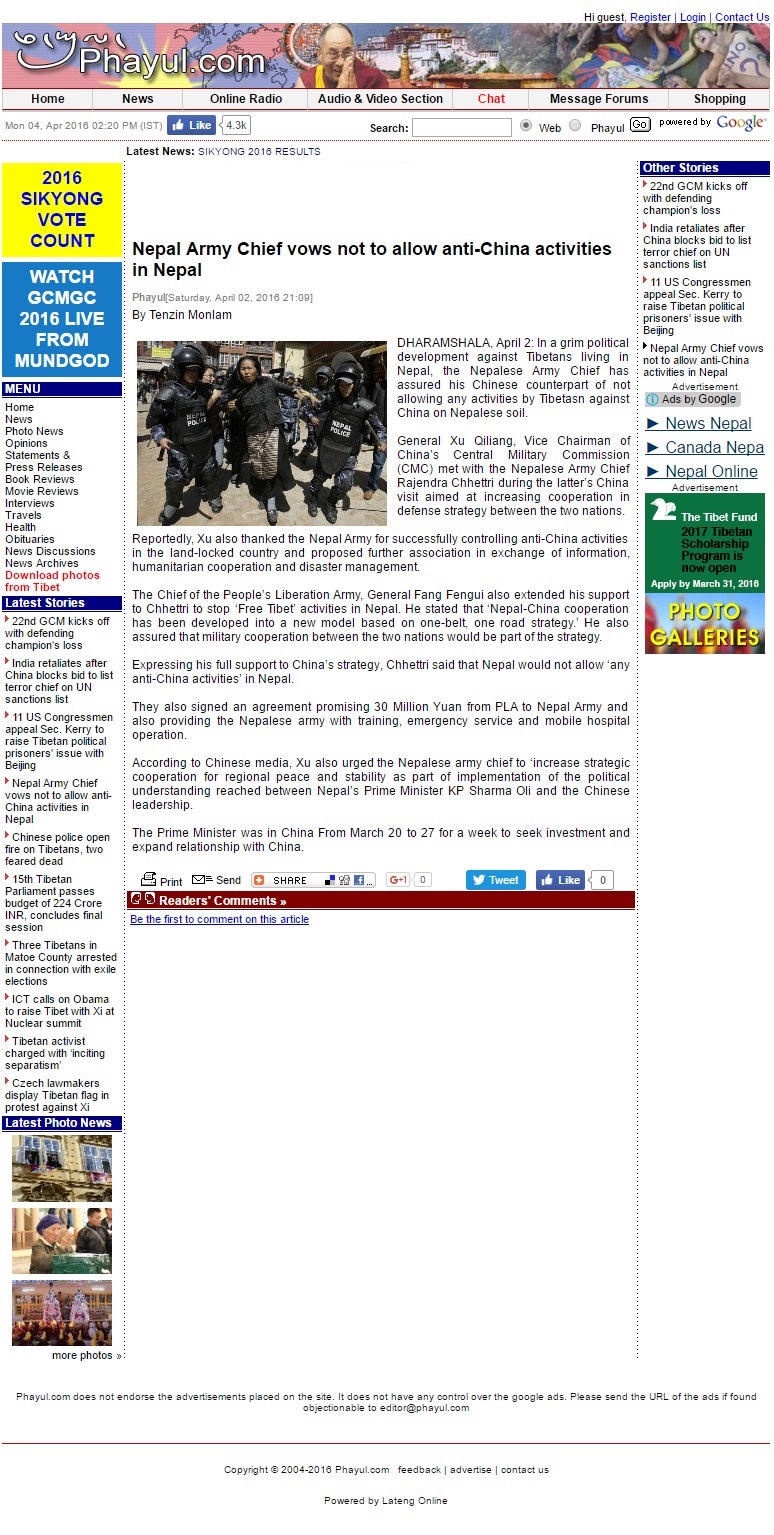 Click on the image to read Phayul’s report. Source: http://www.phayul.com/news/article.aspx?id=37342&article=Nepal