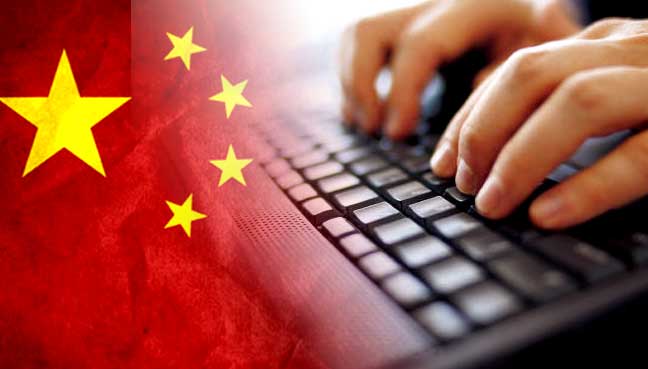 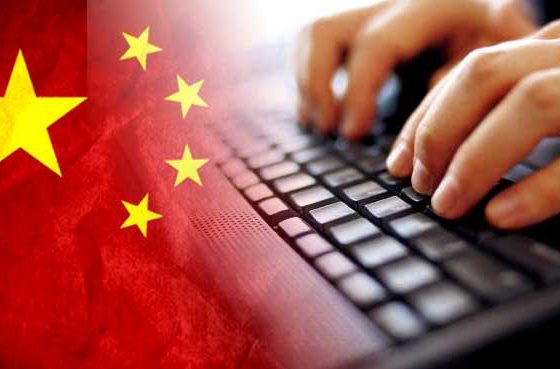 China has recently launched a new service, making it easier than ever for whistle-blowers to report activities which may endanger state security. The new platform allows law-abiding citizens to alert authorities to the activities of corrupt bureaucrats, spies and other individuals engaged in actions that go against the criminal laws of the country. To this end, it has also been reported that the Beijing City National Security Bureau is offering $1,500 to $73,000 for information on spies, the official Beijing Daily said last April.

The legal codes include laws governing the use of religion in activities which endanger state security. Specific behaviours which can be reported include:

The implications are immense. With the new platform, it has become easier than ever to report and investigate people who are prone to creating religious problems and schism. It means that Tibetans who live outside of Tibet, and who use the Dorje Shugden issue to create schism inside Tibet, will also get their relatives and friends under investigation if they are found sharing chat messages, songs, or photos designed to create religious schism and instability in Tibet. During one of the recent riots in Lhasa, a tourist took this photo of  goods being burned. China wants to avoid this type of social disharmony that costs millions for the citizens to recover from.

This newly-launched system is not to be misunderstood. China is acting like any other responsible leadership which wants harmony, and has to consider the interests and wellbeing of everyone in this large and vibrant nation. With 1.4 billion people from 56 ethnic groups, all of whom have different interests to consider, the Chinese government needs to find efficient ways to govern and ensure the law is followed. It cannot tolerate anyone who is out to make trouble which will affect the livelihood of potentially millions of people. For example, there have been reports that the Central Tibetan Administration (CTA; Tibetan leadership in Dharamsala, North India) have been using the Dorje Shugden issue to split the Tibetan community inside Tibet, and pit them against one another. The Chinese leadership certainly cannot tolerate these types of external interferences who are looking for means to divide their population or are looking for methods of demonizing the Chinese.

Knowing this, the Tibetan leadership and its supporters will naturally accuse China of being a police state, a dictatorship, etc. It suits their agenda to paint the Chinese leadership in a bad light, and to paint themselves as the victims so that they appear deserving of even more financial and moral support than the millions of dollars they have already received.

However, we have to remember that China is a sovereign nation with its own laws and regulations and which has thus far become the fastest developing country and now largest economy in the world, amidst a backdrop of political stability and a relatively low crime rate. The nation’s bright future lies in the hands of both its leadership and the people. On the one hand, Chinese citizens including those in the Tibet Autonomous Region (TAR) have an obligation to follow the nation’s laws. On the other hand, the Chinese leadership have an obligation to ensure that their people follow the laws, for the greater good of the country. And it is precisely what they are doing with the new reporting platform that they have just launched.

Is the new system really so shocking in light of how other ‘democratic’ nations behave? The United States’ has its Nationwide Suspicious Activity Reporting Initiative (NSI) that encourages anonymous reporting of suspected terrorist activity, run under the auspices of the U.S. Department of Justice in partnership with the U.S. Department of Homeland Security, the Federal Bureau of Investigation (FBI), and local law enforcement partners. The U.S. government also champions national awareness campaigns that educate its citizens on the signs of terrorism and terrorism-related crime, as well as the importance of reporting suspicious activity to law enforcement bodies.

And as of 12 July 2017, it is the ‘democratic’ United States that has the second highest incarceration rate in the world. At 693 prisoners for every 100,000 of the national population, the U.S. incarceration rate comes just behind Seychelles and just ahead of El Salvador. The U.S. is also home to the largest total number of prisoners with about 2.3 million people currently incarcerated and this is just the tip of the iceberg. Due to prison overcrowding, many criminals in America who are supposed to be incarcerated are allowed probation and monitored. If you include these individuals, the U.S. justice system actually controls almost 7 million people!

Is this the picture of a healthy democracy when such a large percentage of the population are incarcerated or subjected to some form of monitoring?

Every nation has their own approach to governing their people and while its application may differ, each leadership is just as serious about ensuring stability for the wider community. This applies to China as equally as it does the United States. The writing is on the wall – China has their sights set on a future that benefits 1.4 billion citizens and they will do whatever it takes to get there. This vision of the future will, by the way, also benefit the Tibetans in TAR so if the Tibetan leadership in exile really care about ethnic Tibetans, it will behoove them to stop interfering with events in TAR. And if the Tibetan leadership in exile will not desist from disseminating information that encourages the TAR community to divide and fight, then the Chinese leadership have just shown that they are serious about making them stop with the introduction of this new reporting system. 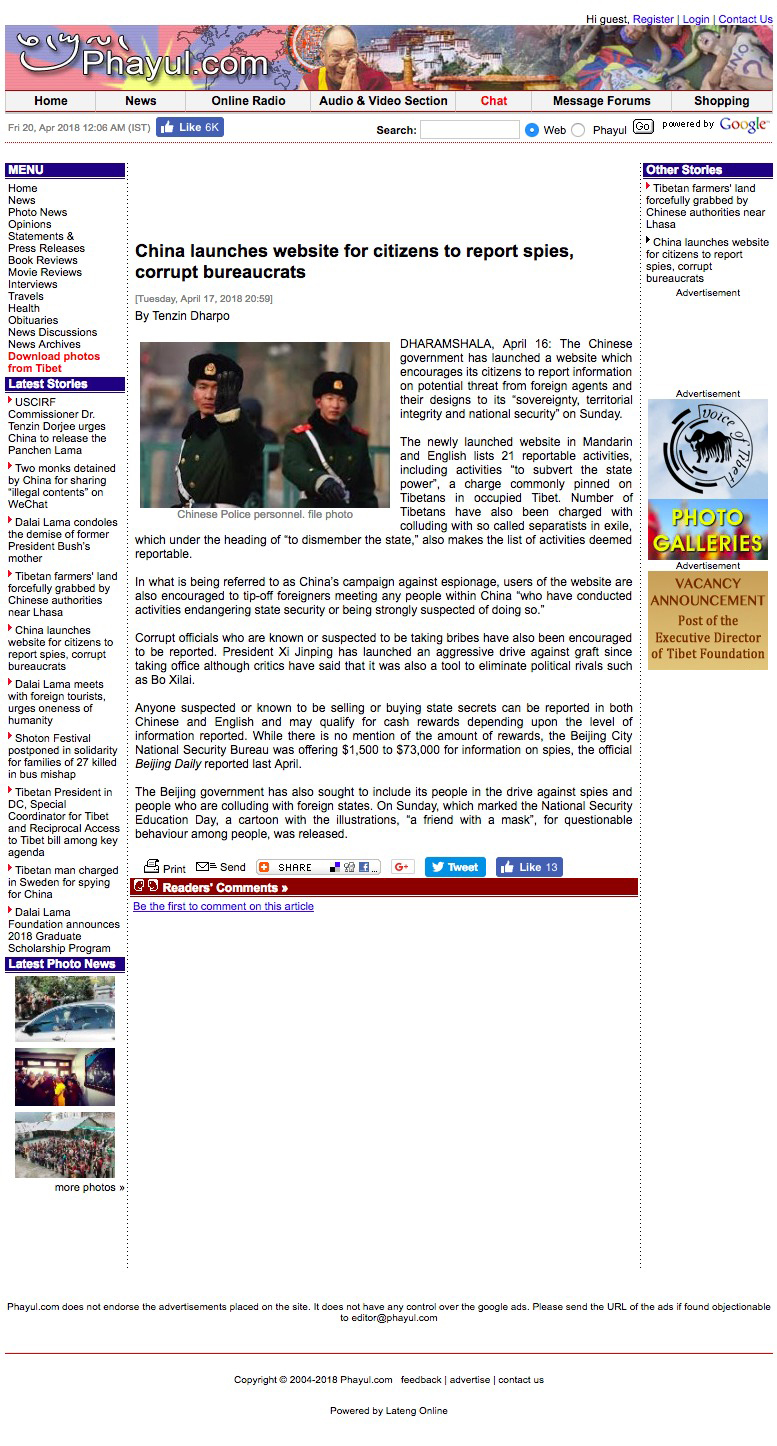 What the Tibetan Exiled Govt does not want you to know