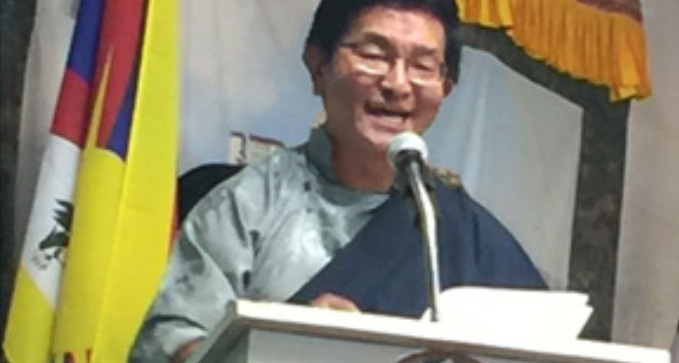 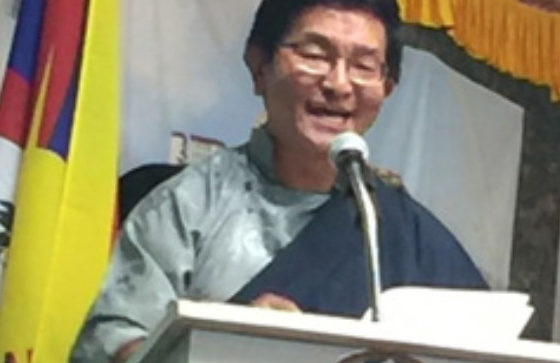 Top image caption: Tseten Lungkara expressed pessimism about the Tibetan situation, quietly demonstrating the community’s lack of faith in Lobsang Sangay’s ability to buffer the Tibetans against the Trump administration’s erosion of American support for Tibet

US President Donald Trump’s announcement that he would be cutting American aid to the Tibetan exiled community came as a shock to many. Jangchup Wangmo analyzes the apparently random decision and concludes maybe it was not so random after all.

“Sanguine” can be defined as optimism or positivity and it is true to say that in the current climate, the Tibetans have very little to be optimistic about when it comes to the US continuing their support of the Tibetan leadership. Since taking office, President Trump has steadily eroded American financial support for the Tibetan cause.

So the article below is an interesting one because it reflects a growing sense of despondency amongst the Tibetan community over declining global support. This is probably the first time any Tibetan has expressed in such clear terms that they are worried. The CTA likes to paint the Tibetan community as some sort of Shangri-La society founded and existing under the rosy haze of Buddhism and spirituality. Instead, some Tibetans have bravely revealed that that is not the case and in fact, the people at a grassroots level are very worried about worldly things too. For example, Tseten Lungkara says he knows the Tibetan problem will not be solved under the Trump administration and why would it be, when it was not solved under previous more supportive Presidents? His comments alone also reflect a lack of faith in Sikyong Lobsang Sangay’s ability to buffer the Tibetan community against the Trump administration’s erosion of American support for Tibet.

The question now remains is exactly what Sikyong Lobsang Sangay is going to do about this situation. Recent news suggests that he continues to be more interested in traveling to the US and Europe on the pretext of drumming up support for the Tibetan cause. Yet, results clearly demonstrate that these trips are in vain because a growing list of countries are rejecting the Tibetan leadership. So this writer cannot help but wonder, what is wrong with staying in Dharamsala and focusing on the Tibetan people’s welfare, and pressing for dialogue with China? It has previously been pointed out that during Samdhong Rinpoche’s time, the Tibetan leadership had dialogue with China but under Sikyong, not a single meeting has been arranged in the last six years. What Lobsang Sangay has accomplished in the last six years that is tangible, necessary and appreciated by all Tibetan people is very difficult to count on one hand alone.

It is time the Sikyong ends all of his wasteful traveling and focuses instead on improving the welfare of the Tibetan people. Otherwise, articles like the one below will become more commonplace until one day, the Tibetan leadership will wake up to find that their community has deserted them and finally, they are the leaders of no one.

Tibetans not very sanguine on US support

Why is the Tibetan government arguing about petty things again?