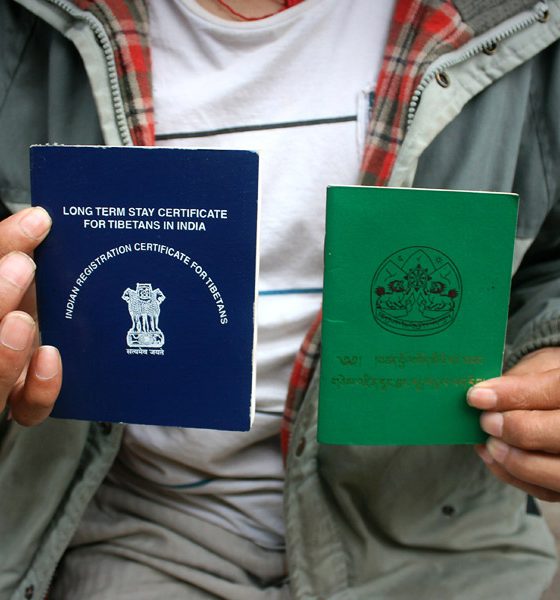 The Central Tibetan Administration’s (CTA) mask is falling apart after 50 years of play acting. More and more, news is emerging of the CTA’s shadowy activities, not only in the exile community but also abroad.

For the longest time, the CTA has hidden behind the cloak of the Dalai Lama who portrays himself as the embodiment of spirituality and ethics; as well as operated leveraging on its image of a victim – a refugee government that has come to symbolize the virtuous Tibetan ‘David’ in his fight against China’s Goliath. Having successfully convinced the world to take pity on it, the CTA has enjoyed decades of uninterrupted and unchecked opportunities to do whatever it wants to, under cover.

Apart from dictatorial and communist regimes, the CTA is the only democratic ‘government’ that has not had to publish any financial statements whatsoever. What it has successfully done however, is to plant deep into the minds of the people of the world, that the Tibetans are afflicted, aggrieved and poor, and therefore need a lot of financial support from the world public. That has kept donations flowing in for decades via the many representative organizations of the CTA, spread around the world.

However, news has recently surfaced which should give cause to doubt this portrayal of the CTA. Take for instance the Tibetan Speaker of Parliament, Penpa Tsering, who was recently questioned in the Tibetan parliament about rumors alleging his involvement in criminal activities. Instead of an investigation, Penpa Tsering is now touted to possibly be the next Prime Minister of the Tibetan government in exile. This alone says a lot about the integrity of the CTA whom the Tibetan people are told to trust.

Unaccountable and unhindered, the CTA has made a very successful and lucrative business out of being in exile. It has to be asked if the CTA has any genuine intentions of taking real steps to regain Tibetan independence if such an event would mean an end to the free flow of unaudited money into the pockets of the Tibetan leadership.

Rinchen Darlo who heads the Tibet Fund. Who is he protecting by his refusal to speak?

Take the ‘Tibet Fund’ for example that comes under the direct control of the CTA. The Tibet Fund was established in 1981 as the main organization to raise funds for the exiled Tibetan community’s welfare. And yet in its last audit, the examiners of the organization’s accounts were not prepared to vouch for the proper financial management of the organization. Tibet Fund Director, Rinchen Darlo, who was appointed by the CTA in 1981 has refused to answer questions pertaining to money matters. What is Rinchen Darlo hiding and who is he protecting – himself or his masters in Dharamsala? [Source: http://www.tibetsun.com/news/2015/04/04/tibet-fund-president-rinchen-dharlo-refuses-interview ]

Another organization established by the CTA to collect aid and sponsorship for the Tibetan people in exile is the International Campaign for Tibet (ICT) who came into question recently after Maura Moynihan (daughter of United States Senator Daniel Patrick Moynihan) who was an ardent supporter of the Tibetan cause wrote:

…ICT is hardly a cost-effective model of a non-profit organization representing a small, penniless refugee community. Indian government surveys report that 150,000 Tibetan refugees are trapped in disintegrating settlements, with poor, often broken families living on less than $1,500 a year. ICT’s annual operating budget is $3.6 million. ICT’s annual report and Charity Navigator reveal that it spends most of each dollar on overhead, including 44 percent for fundraising… [Source: http://www.washingtontimes.com/news/2015/jun/8/maura-moynihan-mission-failure-at-the-internationa/]

Matteo Mecacci, who runs the ICT, collects millions annually that are unaccounted for. He finds support in Penpa Tsering who has been questioned about his role in certain criminal activities.

In short, most if any of the money collected by the ICT does not reach the Tibetan people in whose name the ICT asks for money. Compared to other similar fund raising organizations, the ICT ranks very lowly in terms of transparency and financial accountability. Much of the money it raises go towards vague items such as ‘Program’ and ‘Fundraising’ at 47.1% and 44.5% respectively, and no details are available. Again, it is a mystery where these millions of dollars actually end up. For certain they are not spent on improving the standard of living of the exiled Tibetan people who continue to be neglected. [Source: http://www.charitynavigator.org/index.cfm?bay=search.summary&orgid=3883#.VYmb5_lVikp]

The corruption doesn’t end there. The more one investigates, the more one can observe a consistent pattern of financial irregularities in CTA-related organizations in the West that are set up supposedly to advance the Tibetan cause. And in fact, they are no more than excuses to collect millions of dollars that simply disappear. It is clear that monies collected over the decades did not reach the Tibetan people nor were they utilized to advance the Tibetan Cause. What is unclear is how much has been collected over the years and who ultimately benefitted from so much foreign aid and unaccounted charitable donations.

Recently, it was revealed that the CTA via the Sikyong Lobsang Sangay had hired a US-based lobbyist (amongst the thousands they could have selected) with connections to one Benjamin Wey, a Chinese national whom the US Federal Bureau of Investigation (FBI) regards as “a master of manipulation” who was recently charged, amongst other things, for fraud, conspiracy and money laundering. [Source: http://www.nytimes.com/2015/09/11/business/dealbook/adviser-on-chinese-reverse-mergers-charged-with-fraud.html?_r=0] 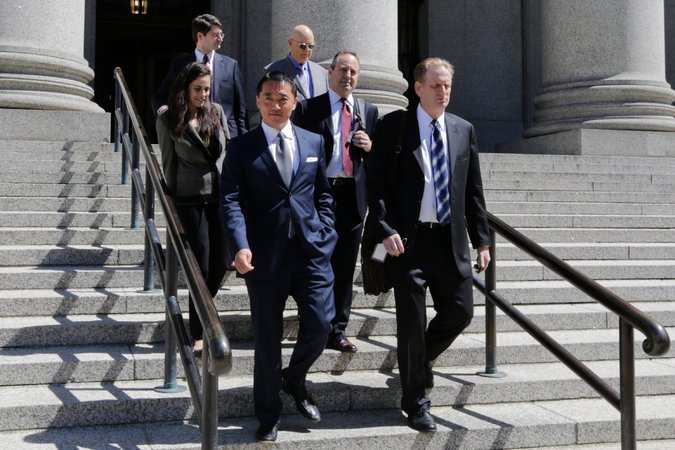 The fact that the CTA would engage a lobbyist who has a conflict of interest in serving the Tibetan Cause is itself mind boggling. Some people have raised the question of whether this reflects the CTA’s ineptitude in managing important affairs or if it is a sign of something much more suspicious and grave.

It is difficult to imagine that a Harvard graduate like Lobsang Sangay would miss the fact that the lobbyist he has engaged also serves an agent of the ‘enemy’, as the CTA regards China. In the lobbyist’s website, Benjamin Wey’s New York Global Group’s logo appears alongside the logo of the Office of Tibet. And next to them is the logo of a company called Aristeia Capital who is ‘coincidentally’ linked to one of Lobsang Sangay’s strongest supporters.

An incestuous relationship? All the components required to defraud the Tibetan people and their foreign aid givers are in one place.

And so we have on the one singular platform chosen by the Tibetan leadership, an incestuous relationship – the CTA’s Office of Tibet, a Chinese national known for money laundering, an investment firm owned by the Sikyong’s supporter and millions of financial aid unaccounted for. All the components required to defraud the Tibetan people and their foreign aid givers are in one place. Hiring a small unknown lobbyist was not an accident or a bad choice after all. It was a purposeful connection made by a very corrupt government.

But this is not the only case. In fact, the trail of unaccounted-for monies eventually lands in the vicinity of a few key members of the CTA. What is unfortunate is how desperately the Tibetan refugees in Dharamsala need this aid. But instead of developing better infrastructure that allows them to establish a life with a promising future, we hear instead that their Prime Minister’s significant mortgage was miraculously paid off before his appointment. Instead of having better schools, we see millions being spent on vague ‘administrative’ fees for Tibetan fund-raising organizations around the world. Instead of preserving the Tibetan Buddhist culture, considerable expense is incurred to fly the Tibetan people’s spiritual leader around the world First Class and accommodate him in five-star hotels, and regularly using these overseas trips to spread disharmony amongst the Tibetan Buddhist adherents.

There are simply too many coincidences of impropriety, too many scandals and uninvestigated allegations, and too many ‘accidental’ concurrences between the disappearance of millions of dollars in foreign aid and a CTA known to be brazenly corrupt, to simply say that the CTA makes bad choices as they are an inexperienced government. Perhaps the fact is simply that the CTA is a corrupt business that has made a fortune out of the business of being refugees, and of opposing a China that the imperialistic West would like to curb. Perhaps that explains why, after half a century, the ‘Tibetan Cause’ is still a murky concept and the Tibetan people remain hapless refugees as the world passes them by.