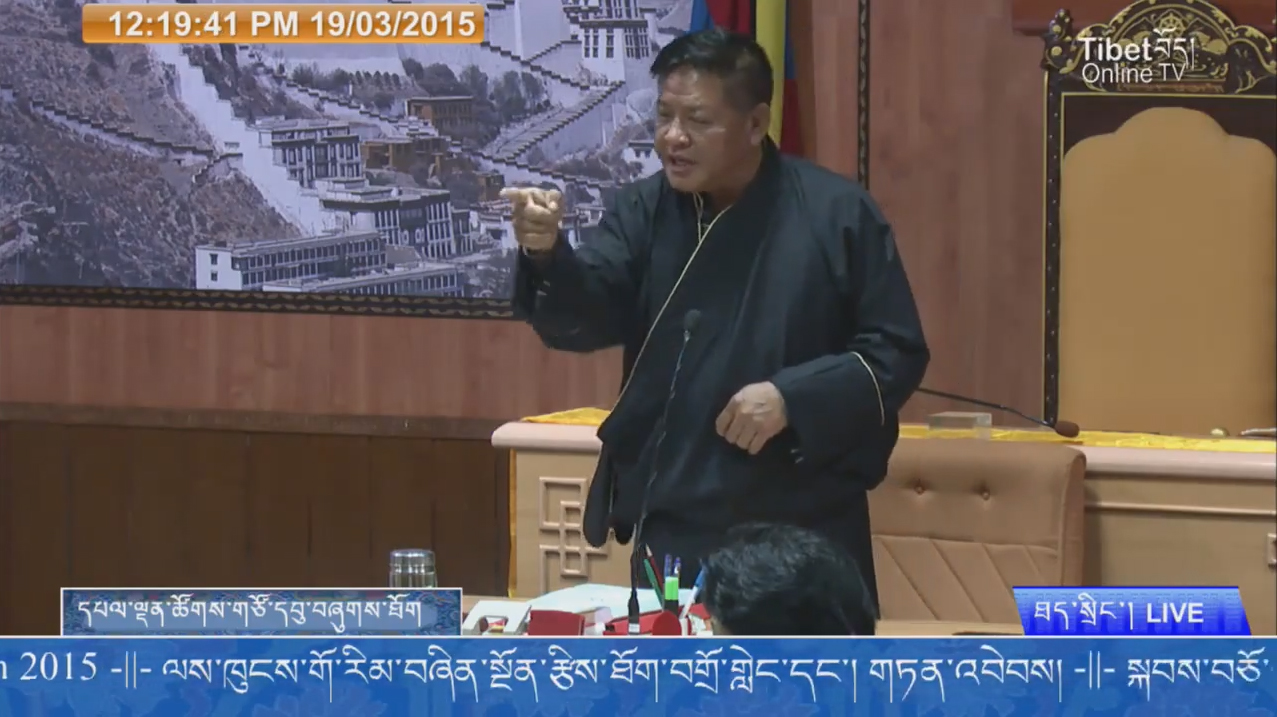 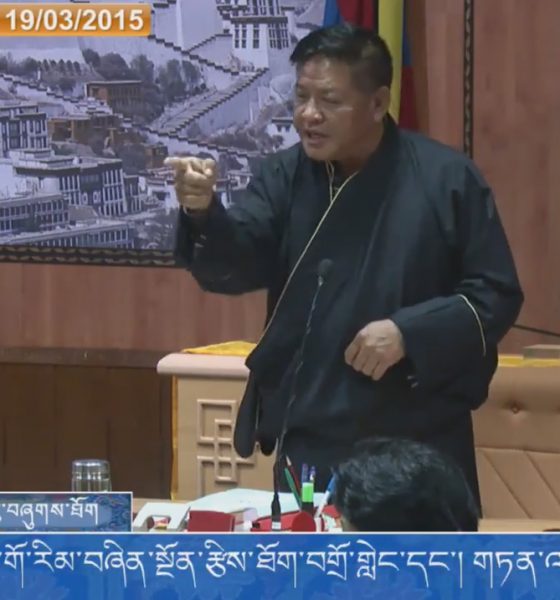 On March 19, 2015, at exactly 12:20pm local time in Dharamsala (North India), the Speaker of the Tibetan Parliament Penpa Tsering announced his resignation. Gathering up his papers and walking out in the middle of a Parliamentary Session, stunned Parliamentary members looked to one another for clues on what to do next, but the response was not immediately forthcoming.

Penpa Tsering was reacting to accusations made regarding his alleged involvement in some murders. During the Session, a member of Parliament stood up and hinted that certain members within the Tibetan Parliament had been involved in the abuse of government property for personal use, corruption as well as murders. No specific names were mentioned.

Incensed by these accusations (which in fact did not directly name him at all), Penpa Tsering said that this was not the first time such accusations had been made against him. He said that those accusations were going down a road on which they would only grow bigger and bigger in size. Therefore in light of these accusations never going away, and people always referring to them again and again, Penpa Tsering was resigning as the Speaker of the House. Please note that Penpa Tsering is one of the biggest advocates for the Dorje Shugden ban, and has been very outspoken against Dorje Shugden practice and discrimination against Shugden practitioners.

The previous day’s Parliament Session, when a different monk had stood up to refer to accusations of embezzlement, corruption and alleged murder by members of the Tibetan Parliament in Exile

He said that there have been many things the Dalai Lama has said and wished for, which the Parliament could not fulfill and that the Dalai Lama’s name has been used for personal gain. Because of this, a mess has been created in the Tibetan community. The monk said such matters had to be discussed in Parliament, instead of praises about the Dalai Lama’s helpfulness to the Tibetan communities. For example, he said, in the case of the ban on Dorje Shugden, the Dalai Lama told everybody that he did not start the ban and that it came from the 5th Dalai Lama. Effectively, he was implying that as a direct result of the Dalai Lama’s wishes, many of these problems in Tibetan society have arisen. Those who are familiar with Tibetan culture will realize this is as good as saying that many of the Dalai Lama’s instructions have been illogical and have created more harm than benefit when implemented by the Parliament. It appears that, out of frustration, more people are starting to speak up against these directives.

On the topic of the alleged murders, the monk was referring to an incident which took place in 1991-1992 in Pondicherry, South India. Penpa Tsering had been involved with the much younger wife of an elderly lama and it is alleged that he arranged for the murder of the lama, in order that he could be with her. This incident was clearly described in the biography of the ex-Kalon Tripa Juchen Trinley Namgyal, who was a close friend of the lama’s wife because they came from the same town. The biography has since been banned for referring to a Tibetan Speaker of the House as an alleged murderer.

This is not the first time someone in the Tibetan Parliament has brought up the incident involving Penpa Tsering and the lama’s wife. The first time it was referred to was during the 13th Assembly of the Tibetan Parliament in Exile. The incident was brought up because the then-Kalon Tripa (Prime Minister) had proposed Penpa Tsering’s name as a nominee for the position of a minister in the Kashag (Cabinet). During that time, a member of the house had objected to this nomination and accused him of having “red hands”. Since then, it has also been alleged that Penpa Tsering has some involvement in the recent discovery of two individuals found dead in Majnu-ka-Tilla [Source: http://www.phayul.com/news/article.aspx?id=35774]

It has been noted that when Penpa Tsering left, no one spoke up or immediately went after him, asking him to return. It has also been noted that Penpa Tsering’s walking out of the Parliament Session is an admission of his guilt or at least involvement in the alleged murders, because an innocent party would not walk out but instead stand his ground and defend his innocence. 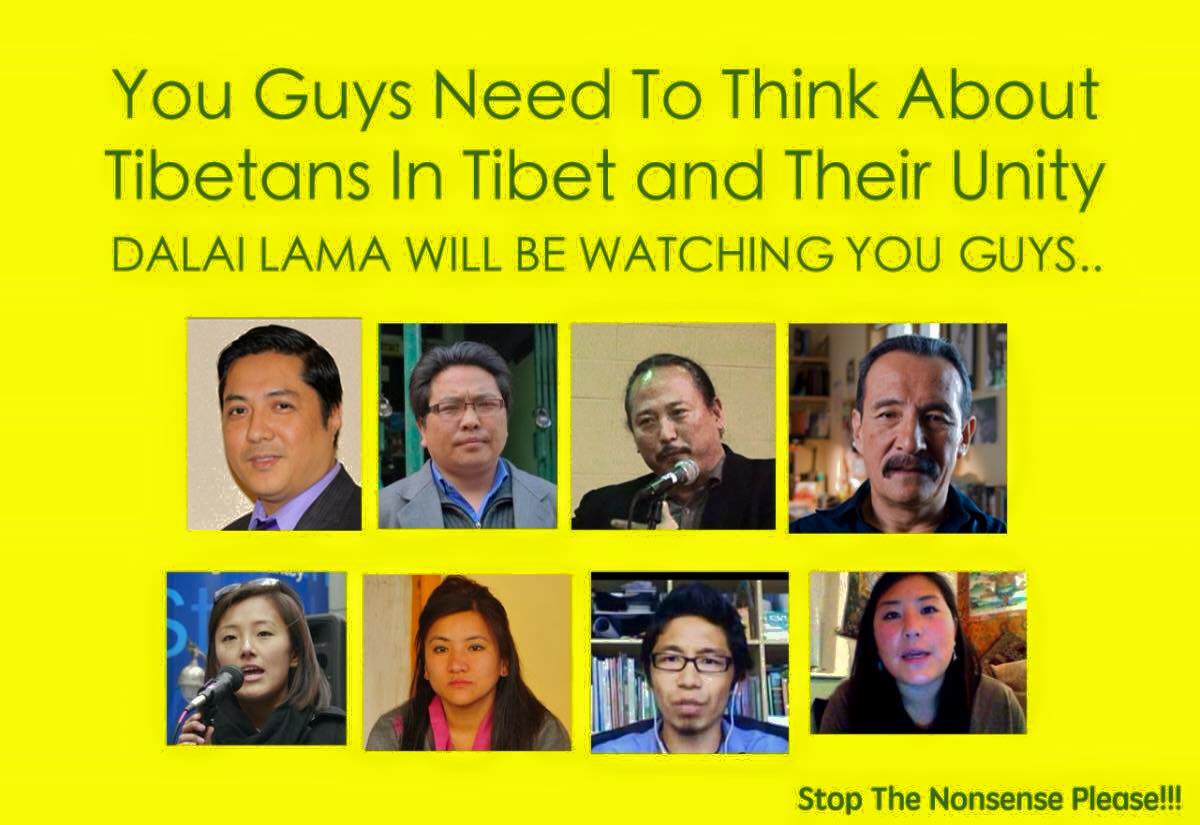 The hit-list of prominent Tibetan community leaders who have been targeted because they wish to protest for full freedom for Tibet, instead of His Holiness the Dalai Lama’s Middle Way Approach. The hit-list was published just days after Penpa Tsering’s public and dramatic resignation. Source: http://www.facebook.com/photo.php?fbid=10206341017108150&set=a.2326306320962.139856.1348791130&type=1

It has been a week of embarrassments for the Central Tibetan Administration (CTA; the Tibetan leadership based in Dharamsala). It is embarrassing that within days of Penpa Tsering’s resignation in such a public and dramatic fashion, it was swiftly followed by a hit-list published by pro-Dalai Lama supporters, against other pro-Dalai Lama supporters. It is embarrassing for the world to witness the Tibetan leadership airing out their personal differences on an official government platform, forgetting that it is being broadcast for the whole world to see. Is this what sponsors are donating their money for, for Tibetan members of parliament to take pot shots at one another? Tibetans should ask themselves what other policies the Parliament has enacted, which serve the Parliamentarians’ personal needs and gains instead of the betterment of Tibetan society.

Although some had hoped that Penpa Tsering’s resignation was final, it turned out not to be the case. On that same day, the Kashag (Cabinet of Ministers) and Parliamentarians requested him to withdraw his resignation in a private session of Parliament which was not broadcast to the public [Source: http://www.phayul.com/news/article.aspx?id=35885]. It is interesting that this private session was not broadcast to the public; why would anyone allow Penpa Tsering’s dirty laundry to be aired online and all over the world, but not broadcast the retraction of his resignation? Why not, in the spirit of transparency, allow the Tibetans to listen in on what was said to Penpa Tsering to soothe his bruised pride? Democracy involves accountability towards the people who elect the Parliamentarians into office. The fact discussions as significant as the reinstatement of the Speaker of the House continues to be held behind closed doors, does not speak of a mature and democratic administration.

Whatever games Mr Tsering had hoped to play, the end result is this – more light has been shed on his true character and background, and confidence in the Tibetan parliament has been shaken. Why should the public trust the decisions of a group of people who are so fickle and petty, that they would take offence at personal remarks and walk out in the middle of a meeting concerning national matters? This is the same group of people who are upholding and implementing the ban on Dorje Shugden. The public should question why they would support such a group, and if the decisions that this group makes can really be trusted and relied upon. In walking out of the meeting, Penpa Tsering showed that he does NOT have the interests of the Tibetan people at heart, and is only interested in self-preservation and self-promotion.

One can only imagine what other information about the Tibetan leadership will now be exposed after, for the last six decades, they have acted with such impunity and lack of respect for the Tibetan people. As a supposedly Buddhist government, the CTA should realize that the karma they have accumulated from abusing and exploiting their people for monetary gain and power will one day ripen upon them. As the litany of embarrassments accumulates, it is clear to see that time is now. Thus it now appears that the seams in Tibetan society are starting to split and come apart. In the past, Penpa Tsering made gross, inaccurate statements against His Holiness Kyabje Pabongka Rinpoche and His Holiness Kyabje Trijang Rinpoche, as well as the oracle of Dorje Shugden. It seems now that karma is catching up as more and more information about Penpa Tsering’s true nature and background come to light.

Disclaimer: This article was submitted by a third party author and does not necessarily reflect the official opinion of tibetworlds.com. What has therefore been authored by Tenzin Jigme is alleged. It is well-known among the Tibetans that their leadership does use this alleged ‘method’ in eliminating their political and spiritual enemies. Many high lamas, Geshes, monks and rivals have been silenced, threatened, coerced and sometimes ‘eliminated’.

Addendum: Speaker Penpa Tsering chooses to resign under murder allegations in the Parliament 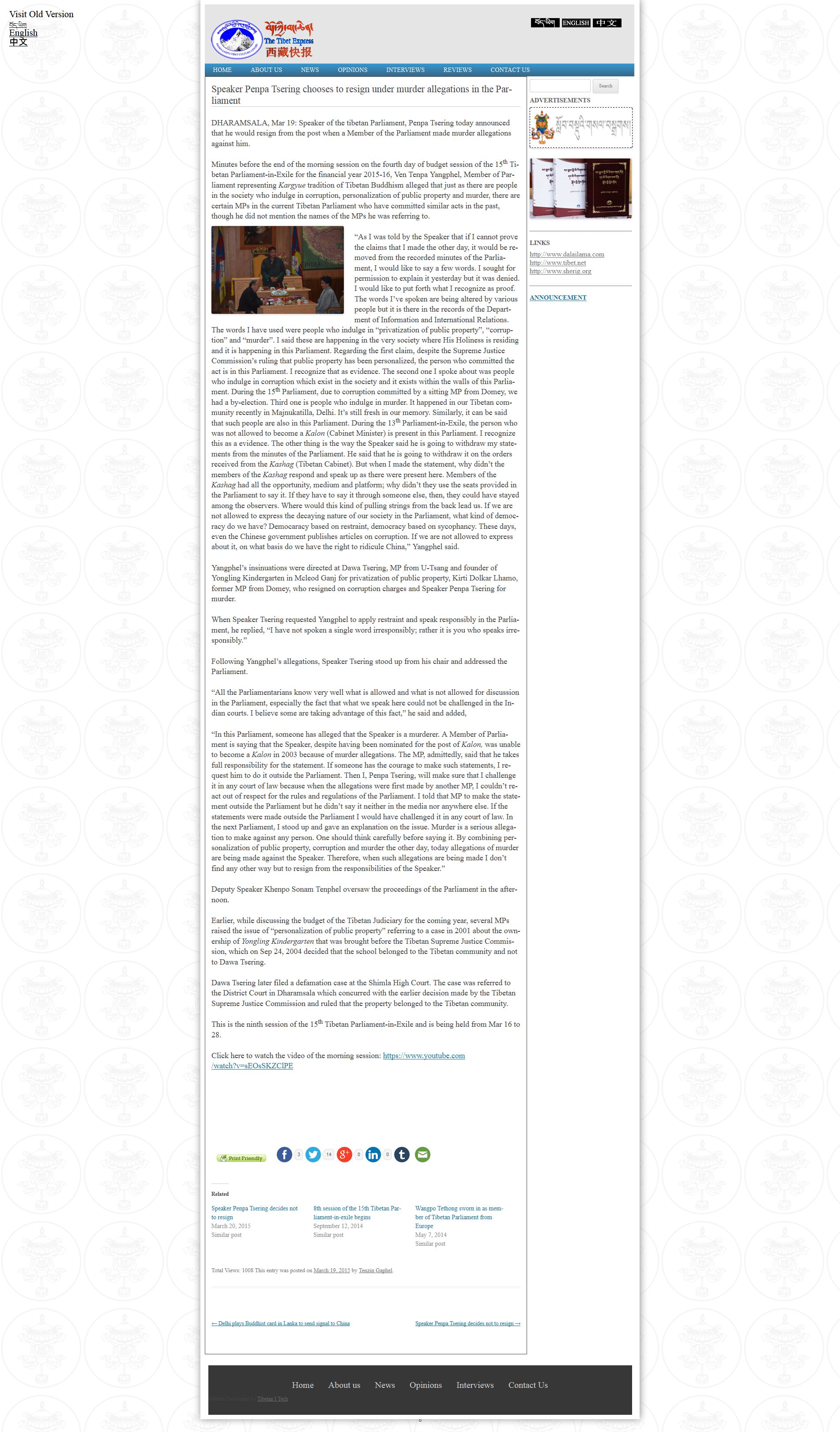