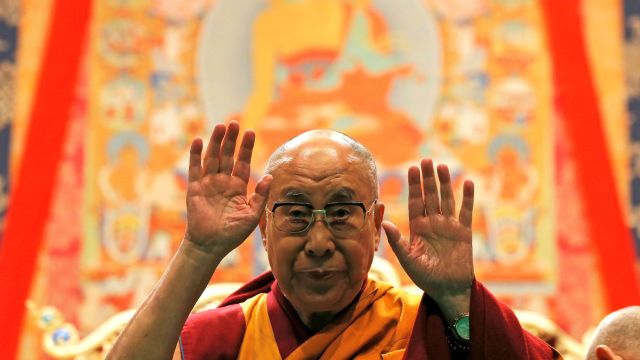 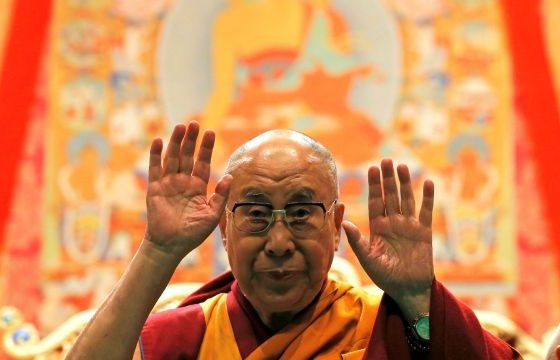 The Dalai Lama’s Change of Tune

Top image caption: Is the Tibetan leadership gearing up for talks with China? The Dalai Lama has recently been reinforcing his stance that Tibet should come under Chinese rule and the latest revelation that Samdhong Rinpoche is currently visiting Tibet appears to confirm this.

58 years of what has become known as the Tibetan Cause seems to be coming to an end. While the Tibetan community has long been privy to the Dalai Lama’s wish for Tibetan autonomy under Chinese rule, external observers beginning with The Economic Times (23rd November 2017) are now witnessing what they see as the Dalai Lama’s reversal in his stance and attitude towards China.

No longer is China couched as the Tibetan people’s Enemy No. 1 that has to be opposed vehemently. Instead on November 23 this year, in speaking to The Hindustani Times, the Dalai Lama stated that China and Tibet have always been close although there were ‘occasional fights’.

China now is presented in the Dalai Lama’s new narrative as a partner who can bring ‘more development’ and progress into Tibetan lives, as opposed to the hostile destroyer of the Tibetan people’s culture, religion and way of life. In addressing the Sino-Tibetan conflict that began in 1950 and culminated in the Dalai Lama’s escape into exile in 1959, the Dalai Lama was heard saying,

The past is the past. 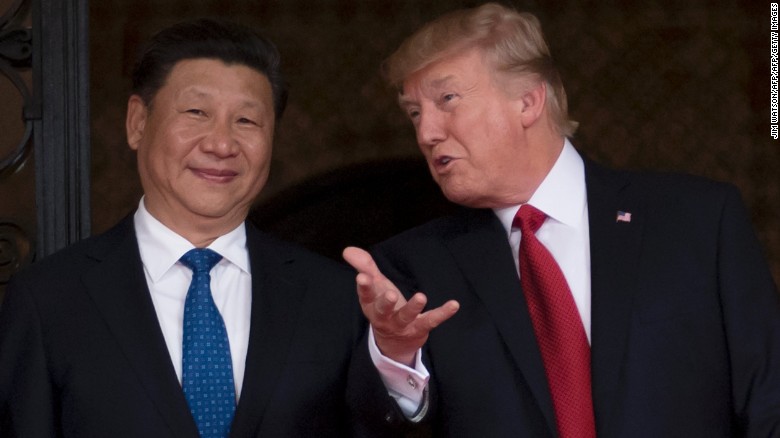 US President Donald Trump (right) with President Xi Jinping of China. Like most world leaders today, President Trump has shown no interest in maintaining a relationship with the Tibetan leadership, snubbing meetings with the Dalai Lama in favor of drawing a closer relationship with China.

After over half a century of rousing Tibetan and global support against China, the Dalai Lama’s turnaround is not without some serious implications and repercussions. Mongolian Foreign Minister Tsend Munkh-Orgil on the left. The Dalai Lama is now banned from Mongolia, after China voiced their objections to his visit. A traditionally strong supporter of Tibet, Mongolia is just one of many countries around the world who are increasingly unwilling to risk their citizens’ economic welfare for a relationship with the Tibetan leadership which brings no benefits to their population at large.

An announcement by the Dalai Lama ordering all such persecutions to stop would no doubt put an end to the infighting amongst Tibetans inside Tibet. They have been enthusiastic to violently enforce the Tibetan leadership’s diktats against Shugden practitioners, and the ensuing instability and conflict is something that has been of grave concern to the Chinese government.

In addition, the CTA must remove all anti-Dorje Shugden propaganda material on their official website and on the Dalai Lama’s page, which, as long as they are there, absolves the Tibetan people of all liabilities in persecuting their own kin based on their religion.

In the event the Tibetan leadership fails to do this, then they will be leaving it to the Chinese government to put out a fire that the CTA started and kept going.

You Lose When You Support the Tibetan Leadership

But the Dalai Lama’s change of attitude towards China also bears some serious overtones in the Sino-Indian relationship, which should worry India. After supporting, at great cost, the majority of the Tibetan exodus for almost 60 years, the Tibetan leadership might now hang their generous Indian hosts out to dry. Anti-Tibetan sentiment, especially in India, is increasingly obvious. Earlier this year, students in the Indian state of Arunachal Pradesh launched an anti-Tibetan protest, highlighting the preferential treatment of Tibetan refugees over Indian citizens, and calling for the removal of Tibetan refugees from India.

Sino-Indian relationships have never been tenser. Over the decades, these two Asian giants have clashed at one time or another over Arunachal Pradesh, Jammu and Kashmir, Ladakh and most recently, Doklam. India and China’s border issues remain largely unresolved and incendiary. With such sensitive issues at stake, will the Dalai Lama avail himself to stand against India in exchange for favorable terms, as he has against China for decades? The Dalai Lama remains an extremely influential and potent force on his own and we have seen how he managed to turn the world’s attention against China for decades.

Not only did India lose out by supporting the Tibetan cause, but it now stands to lose if the Tibetan leadership turns around and supports China in any Sino-Indian disputes. And there is every possibility that this might happen. On 4th December 2017, The Wire published an article by Phunchok Stobdan, a former Indian ambassador who was commenting on the Tibetan situation. The article included a very interesting revelation – that Samdhong Rinpoche, the newly-appointed Special Representative of the Dalai Lama has been on a discreet visit to China since mid-November.

Samdhong Rinpoche is said to be visiting a part of China (Yunnan) where he has a big following. The choice of location has been viewed as a strategic move by many, as it affords the CTA a margin of deniability or ability to classify the trip as a private visit in case nothing should come of it later. Nevertheless, the previously-unreported news has sent shockwaves throughout the Tibetan community, who view it as a sign that the Dalai Lama and Tibetan leadership may be ready to relinquish a strong relationship with India, in favor of talks with China.

The fact that the Tibetan leadership may just renege on their relationship with India has not gone unnoticed by the community at large. In the comments section of The Wire article, a remark left by an ‘Alok Asthana’ sums up the situation perfectly by saying,

Providing sanctuary to Dalai Lama and angering China has been India’s monumental blunder. Think back of the last of the 40s. What if India had snubbed this man and made friends with China. The state of India would have been quite different today. Maybe Dalai Lama’s exit provides us with that opportunity again. Make friends with China.

Is This Another Tibetan Leadership Ruse?

Nothing the Tibetan leadership does is ever straightforward. The CTA declares itself to be a democracy and yet publishes propaganda material to deny religious freedom to a large segment of its exile population. The CTA claims not to be pushing for independence with China (Rangzen) and yet does nothing to curb Rangzen activities including self-immolations.

And now, true to form, even as the Dalai Lama seems to be extending an olive branch to China, Sikyong Lobsang Sangay is on a European tour to muster support for another 50 years of opposing China. What indeed are the Tibetan leadership’s true intentions?

Sikyong Dr Lobsang Sangay of the Central Tibetan Administration. In a stunning display of insensitivity for Sino-Indian politics, the Tibetan leader caused a furore when he was pictured raising the Tibetan flag at Pangong Lake, between Ladakh and Tibet. This incident took place at the height of the Doklam crisis which, at that point, was on the brink of escalating into war between China and India. The Chinese leadership viewed the Prime Minister’s actions as intentionally provocative, and they responded with strong statements of objections to the Indian leaders. There is no doubt what Lobsang Sangay did contributed to the degeneration of relations between China and India.

The reality is all this posturing by Dr Lobsang Sangay will ultimately be futile and counterproductive. The Tibetan leadership has clearly miscalculated its own significance again and is in complete denial of the fact that more and more doors are now closed to it. Over the last few years, we have seen Sweden, Switzerland, Nepal, Australia, Bhutan, Pakistan and even old friends like Mongolia rejecting the Dalai Lama. The U.S. under President Trump is clear that it prefers to make friends with China than continue to support the exile Tibetan leadership’s struggle against China. And of late, we see growing resentment of the Tibetan people in India itself. The Tibetan leadership in all its scheming and conniving is alone.

And so one has to ask, on what basis is the Tibetan leadership planning to oppose a China that is only growing stronger by the day, especially when the CTA cannot even get its own act together? Truly, it is curtains for the CTA and the Tibetan cause.

Click to enlarge and read the comments to The Wire article (Source: https://thewire.in/201726/dalai-lama-india-china-tibet/)

Who is lying, Samdhong or Sangay?