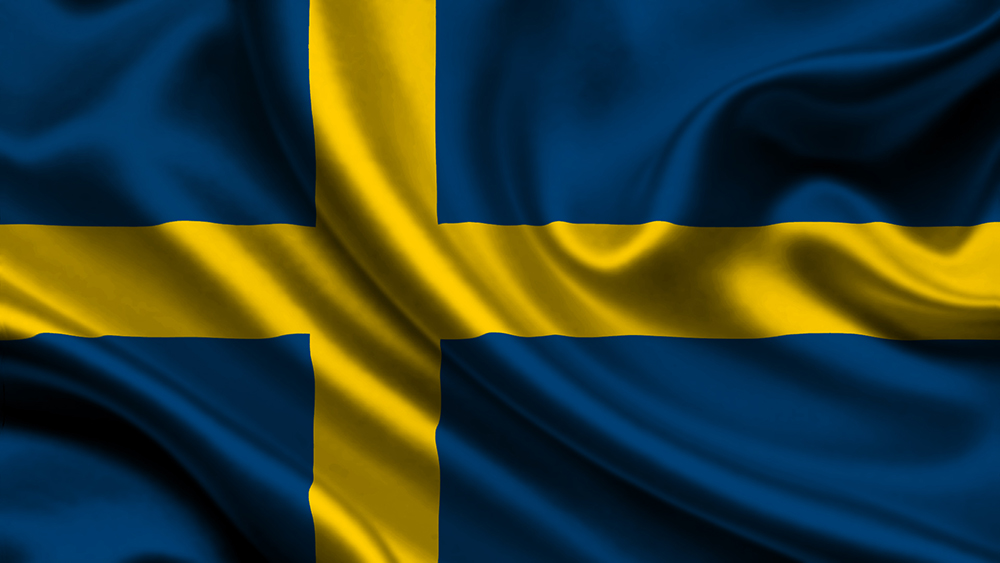 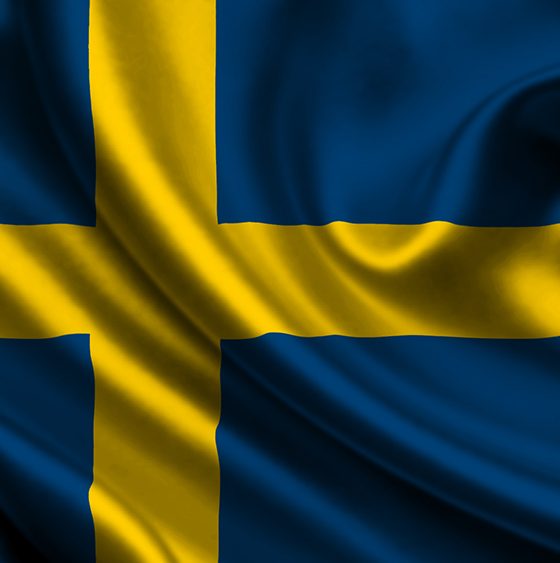 In a move that is beginning to be mirrored by many others, Sweden announced in June 2016 that it no longer accepts the Tibetan Yellow Book as a valid travel document. This document, officially known as an Identity Certificate (IC), issued by the government of India, classifies its holder as both a Tibetan refugee and a protectorate of India. It is this document that Tibetans travelling abroad use to entreat foreign countries to allow them to enter. This move by Sweden has sent reverberations throughout the Tibetan community in exile and indicates a global shift within international politics.

With a population of over 100 Tibetan refugees living in the country, Sweden has become weary of refugees, especially due to the situation in Europe and the Middle East which has seen a marked increase in the number of those seeking refuge in more developed countries. For this reason Sweden issued an official announcement that it would no longer accept the IC travel document in its processes allowing Tibetans to enter its borders. Tibetans wishing to enter Sweden will have to bear the identity documentation of an actual nation, like India or China. This means that Sweden no longer wants Tibetans to enter their country as Tibetans and as refugees; in effect, Sweden no longer recognizes the existence of a status such as “Tibetan refugee”. 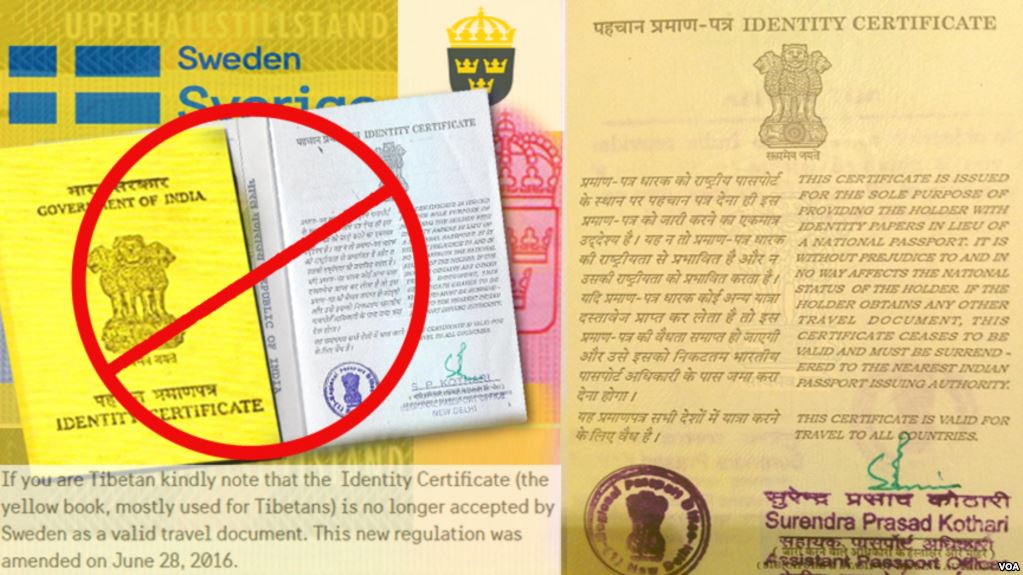 An infographic used to announce that Sweden no longer accepts the Yellow Book as a valid form of identification that can be used during the visa application process.

One would assume that Sweden somehow would not have the right to turn down the Tibetan IC as a valid travel document, but in actuality this is not the case. Legally speaking, the Yellow Book has little weight outside of India’s borders and it is the discretion of any country whether they wish to accept it as a valid form of identification. The fact that Sweden can reject the Yellow Book harks back to the fact that India itself does not have a clear policy when it comes to refugees. India is not a signatory of the Convention Relating to the Status of Stateless Persons, the Convention Relating to the Status of Refugees, or the Protocol Relating to the Status of Refugees, all of which are international programmes that protect the rights of refugees, including their freedom to travel.

Since India does not belong to any of the above, the IC granted to Tibetans in exile does not have weight outside of its own borders, and legally does not need to be recognized as refugee travel documents. In this case, Sweden has simply exercised its legal rights to stop accepting the Tibetan IC as a valid travel document. Hence, no other nation state has challenged Sweden over its actions because they have no legal basis to do so. Certainly, aside from protesting Sweden’s actions, the Tibetan leadership can do very little to protect their people’s ability to visit Sweden.

The fact is that Sweden and other countries that have so far allowed Tibetans to enter their borders have done so out of kindness, and not legal obligation. Now, however, it seems the tide is turning, and many countries no longer want someone who identifies as ‘Tibetan’ within their borders. Tibetans can still enter their countries, just not as Tibetan ‘citizens’ or refugees. But this begs the question, why is it that they have implemented this change now?

One could argue that Sweden is simply reacting to events in Europe, with an increased number of those seeking refuge coming from all over the world. The number of refugees means resources allocated to the refugees are being stretched thin, and there is a strain on relationships between the host countries’ citizens and their newly-arrived guests. When Sweden’s actions are examined on a global scale however, it is quite clear that there is a political shift away from supporting Tibetans. This is evident by the number of countries who are surely but steadily distancing themselves from the Tibetans and their leadership, in favor of aligning themselves with China. It is a global trend that looks bleak for the Tibetan leadership indeed.

On the one hand there is this political distancing from the Tibetans and their leadership and on the other hand, many ordinary Tibetans, Tibetan Buddhists or Tibet enthusiasts from all around the world are waking up to the fact that the Tibetan leadership have done nothing but take advantage of their position and mismanaged their people. From the ban on Dorje Shugden, the unequal treatment of the Jonangpas, or their silence over forced conversions in the Kagyu school, the leadership have magnificently displayed their inability to govern and their blunderous mistakes. As their true colours are laid bare, they can do nothing but hide behind the skirts of their previous saviour, India.

However, India as the government who issues the Tibetan IC remains strangely silent on these issues. They have also done nothing to strengthen or legitimize the status of the Tibetans as legal refugees in the eyes of other nation states. Instead, India has offered them the choice to become full citizens of India if they give up their Tibetan identity. With so much apathy towards the Tibetans’ ability to travel, and even growing hostility towards their presence, one can only wonder as to the fate Tibetans will face in the years to come.