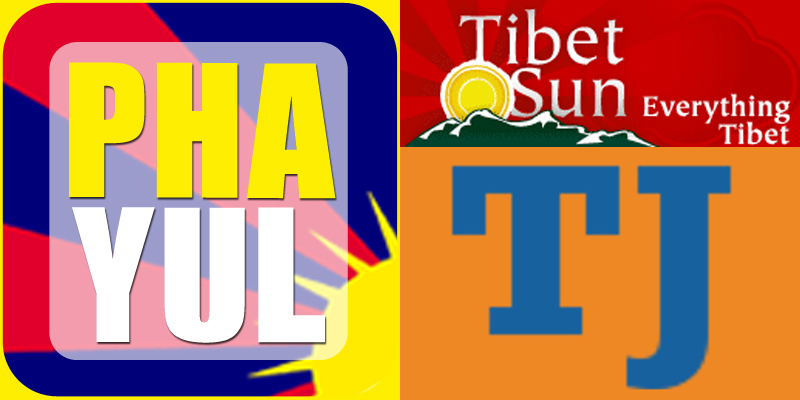 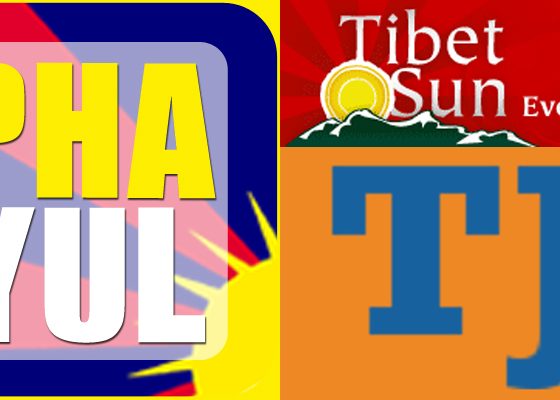 DEHRADUN, INDIA – Of late, Phayul, TibetSun.com and TibetanJournal.com have been awash with news about Penpa Tsering’s recent dismissal from the post of dhonchoe (Dalai Lama’s representative) of North America. It is the latest scandal to infiltrate every teashop conversation throughout the Tibetan refugee settlements.

Yet amidst the petty bickering about who is right, who is wrong, who said what, which supporters are more violent and where did the money go – what everyone has forgotten is the welfare of the Tibetans in Tibet.

The Tibetan leadership are more interested in fulfilling their political vendettas and concerned about maintaining their access to easy money, than about accomplishing something that will benefit the Tibetan population as a whole. There is bountiful proof of this.

The problem is that life in exile has become too easy, to the point the Tibetan leadership have forgotten about the supposed “sufferings” of their people inside Tibet. In exile, they have all the freedoms afforded to them which they fully exploit:

But how come you never hear of members of the Tibetan leadership relocating their families back to Tibet, when the doors are wide open (as has been demonstrated by many people like Amchok Rinpoche)? If they wish so badly to return to Tibet, and if people like Amchok Rinpoche have demonstrated that a safe and successful return is possible, how come they have not moved in that direction?

So the question that is left to be asked is, if life in Tibet is not so bad as the CTA claim (as demonstrated by Amchok Rinpoche), and if there are no legal limitations to their return to Tibet, do they actually want to go back to Tibet? What if they do not actually want to return to their homeland but are just keeping up their charade of being suppressed refugees, in order to keep the easy money rolling in?

One of their golden temples with huge altars bedecked in jewels

Compared to the Tibetans, whose settlements are filled with golden temples and huge altars bedecked in jewels, no other refugee community in the world has been so successful in raising money from the international community. The so-called Tibetan cause has attracted celebrity supporters from all over the globe, whose advocacy has generated billions in donations and aid for the Tibetan community since 1959.

Meanwhile, while the Tibetan leaders live this cushy life in exile, the Tibetans who chose to remain in (or returned to) Tibet watch in disgust as their government misbehaves in this way. Through channels like WeChat, they hear about Sikyong Lobsang Sangay and Penpa Tsering fanning the flames of regionalism, caught in a never-ending catfight over ‘who said what to who’ and ‘who did what to who and when’. These are the same people in Tibet that the CTA claims are “suffering” under the so-called “yoke” of Chinese oppression. The CTA likes to claim that life in Tibet is so bad that hundreds of people have had to self-immolate in protest. Yet, despite the fact that hundreds of Tibetans have committed suicide, the leaders of the CTA continue to be caught up in their personal issues rather than focus on the loss of Tibetan lives.

If the CTA had any compassion for their people in Tibet, they would get their act together, stop fighting and start thinking about the welfare of their people, both in India and in Tibet too. 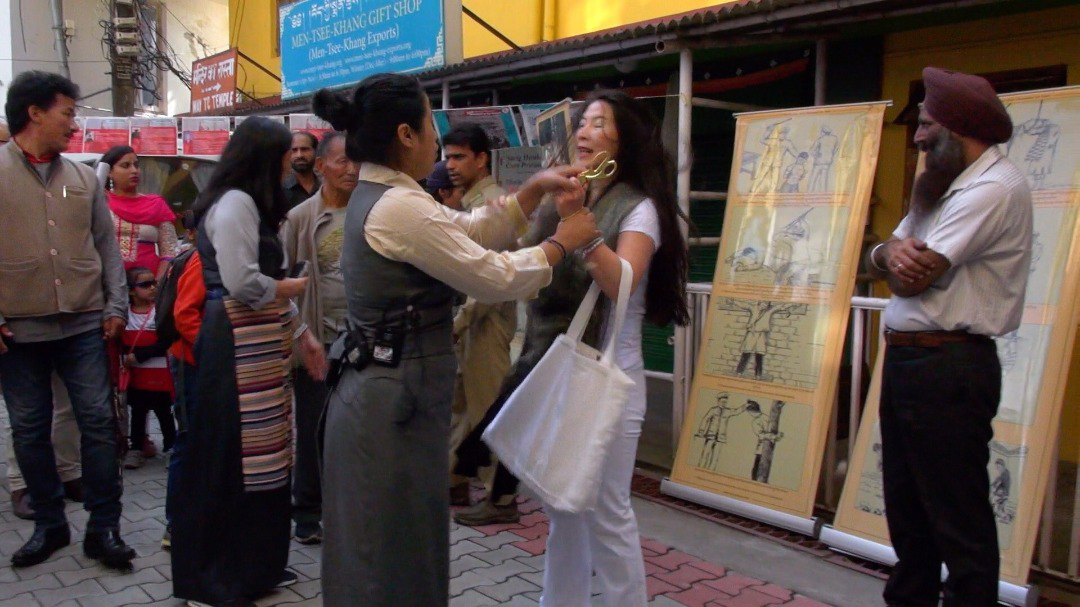 MP Lhagyari Namgyal Dolkar seen here publicly accosting Ms. Zhu, who was protesting an exhibition about Tibetan history. Ms. Zhu is a student of His Holiness the Dalai Lama and had just come from an audience with His Holiness.

Sadly, the Tibetan leadership seem to be entirely incapable of this, as potshot after potshot is fired from one camp to another.

All Tibet observers should really take note that if conditions in Tibet were really so bad, nothing else would occupy the minds of the CTA leaders. More column inches would be dedicated to those issues, rather than the political and financial scandals that the CTA is constantly embroiled in. The truth is, Tibetans in Tibet may have more of a chance at a better life under Chinese leadership than under the incompetent, inward-looking and self-absorbed Tibetan leaders.

As it is, the NGOs talk so much more about the conditions in Tibet, while Lobsang Sangay himself speaks comparatively little of it. It also seems now that it is every single month where he is on some kind of tour of America or Europe, and spending less and less time in Dharamsala. Of late, Lobsang Sangay has also been appointed one of the Dalai Lama’s two special emissaries, authorized to represent the Dalai Lama. We can therefore all be sure that Tibetans in Dharamsala will be seeing much less of their Prime Minister, who will now be acting as the Dalai Lama’s representative too.

Only time will tell what the CTA’s real intentions are but based on their track record since 1959, it is clearly not a motivation that is of the people, for the people, and nor will it ever be.

US$1.5 million siphoned by Tibetan government