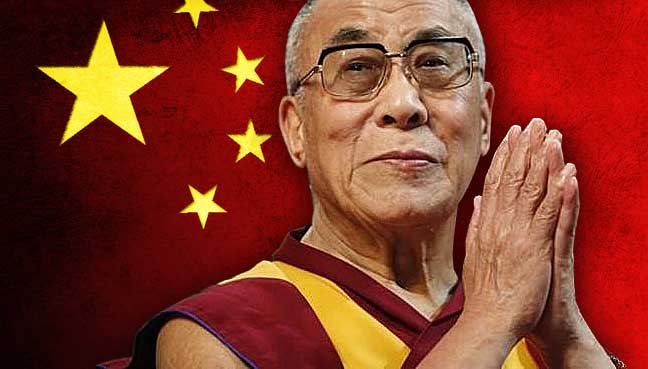 This article, published in the Hindustan Times, is the latest in a long list of publications highlighting the Tibetan leadership’s financial inefficiency, irregularities and hypocrisies.

For the last 20 years, in a misguided attempt to discredit Dorje Shugden practitioners, supporters of the Tibetan leadership have led a feverish charge to falsely accuse Shugden devotees of being anti-Tibetan, pro-China traitors. Among the many unproven charges levelled against Shugden practitioners has been the accusation that they are receiving money from the Chinese leadership, to maintain their practice and create a split within the Tibetan community. This accusation is in spite of the fact it was the Tibetan leadership themselves who banned Dorje Shugden, thereby creating the split.

This “China pays you” accusation has persisted despite no evidence having ever been produced to support such claims. Even those who do not rely on Dorje Shugden themselves, such as Justin Whitaker (Buddhist author and speaker) have rubbished these claims, stating that the oft-cited Reuters investigation similarly provided no such proof. 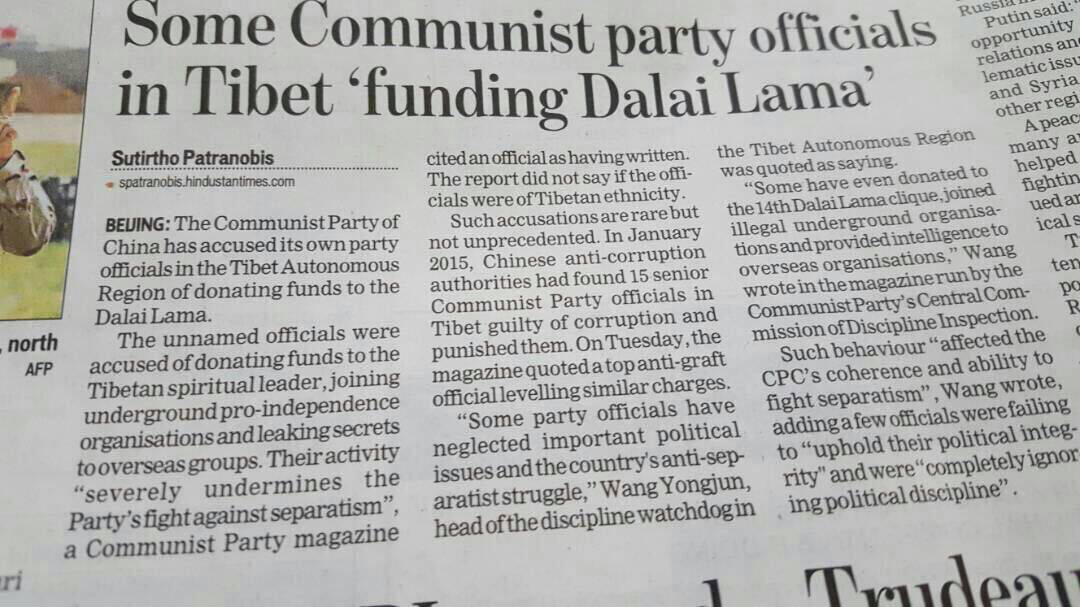 The Hindustan Times recently revealed however, that Dorje Shugden practitioners are not the only individuals or groups who have allegedly received money from the Chinese leadership. In this latest revelation, it has been asserted that none other than His Holiness the Dalai Lama himself receives funding from the Chinese Communist Party (CCP).

What this allegation really brings into question is the Tibetan leadership’s source of income which has never been revealed. What percentage of Dharamsala’s income is derived from government-run businesses? What proportion stems from donations from Tibetan non-governmental organisations (NGOs), and from private donors throughout the world? And what is this funding being spent on? Some of these questions were asked by Maura Moynihan, daughter of Senator Patrick Moynihan. Both father and daughter have been lifelong stanch supporters of the Tibetan movement. Yet Ms Moynihan penned an article in the Washington Times implying that the Tibetan leadership and its associated organisations are at best inefficient, and at worse guilty of financial mismanagement.

Ms Moynihan stated that Tibetan NGOs, in particular the International Campaign for Tibet (ICT), have raised millions of dollars in donations and aid over the last 60 years. Yet these donations have resulted in very little, both politically and physically. The Chinese continue to reject dialogue with the Tibetan leadership, Western countries refuse to take a stand for the Tibetan cause, and the Tibetans living in exile continue to endure terrible living conditions. In short, the Tibetan leadership operates some of the most intensive fundraising campaigns in the world, but has very little to show for it.

This behavior of removing opponents who refuse to follow the leadership’s diktats is a pattern and habit when it comes to the Tibetan leadership who bear no accountability to anyone. To claim that the Tibetan leadership is held accountable could not be further from the truth. Whatever bodies, organisations, institutions or regulations established to maintain accountability are farcical in nature, a smokescreen designed to provide a veneer of democracy and transparency when in fact, there is none. And there is plenty of proof that the Tibetan leadership is not accountable to anyone. For example, during the recent 2016 Sikyong election debacle, the supposedly impartial Election Commission was harangued into changing the rules mid-election. This was done to disqualify the candidate Lukar Jam Atsock after he had been socially blacklisted as “anti-Dalai Lama”. That the rules of an election can be changed mid-way through the voting process is unheard of in any modern-day democracy. 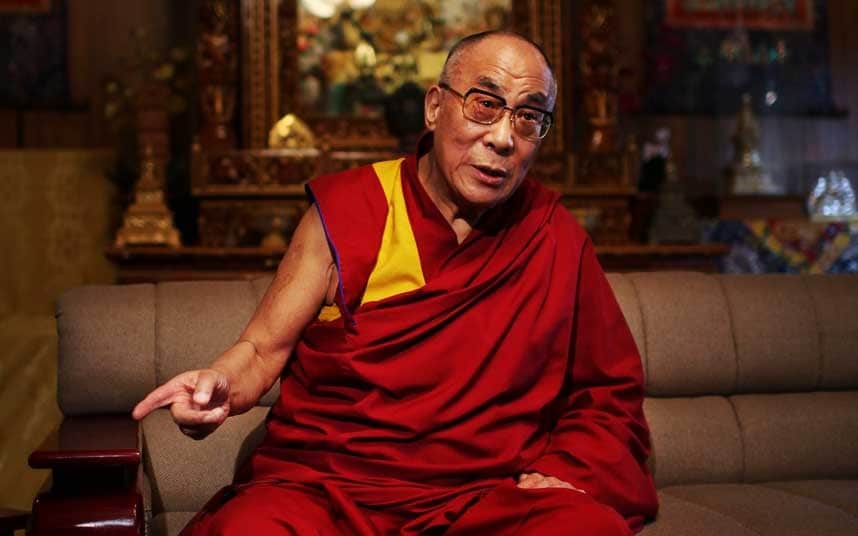 Being a democracy however, the leadership should at least attempt to appear accountable to their people who elected them into positions of power. So based on this, we call on the Tibetan leadership to reveal their accounts. In the interests of full transparency, and to prove to their people that they have nothing to hide, all government employees (those who receive any form of remuneration from the leadership) should be compelled to declare their wealth and sources of income. Similarly, the government themselves should open their accounts and budgets for their people to examine.

What is there to hide if they have been using money as it has been donated?

Rather disappointingly, though unsurprisingly, His Holiness the Dalai Lama is not the first religious leader within the Tibetan community to face questions over his sources of income. In more recent times, His Holiness the 17th Karmapa Orgyen Trinley was taken to court for failure to declare income. When the police raided his residence in Gyuto Monastery, they found US$1mil stashed away in 26 different currencies. He was subsequently charged with money laundering, illegal possession of foreign currency, forgery and conspiracy. It is worth noting that Orgyen Trinley is Dharamsala’s approved choice of Karmapa (Dharamsala being the Indian town where the Tibetan leadership is headquartered).

The 41st Sakya Trizin later implemented changes to the Sakya Trizin system of hereditary inheritance, amidst accusations that he had been taking advantage of and benefiting from being in power. Meanwhile, another one of the Dalai Lama’s associates was also embroiled in financial scandal. Lodi Gyari Rinpoche, who has a history of questionable financial dealings, found himself and his son-in-law, Phakchok Rinpoche in the middle of an investigation. From Phakchok Rinpoche’s various bank accounts, Nepali authorities seized approximately US$1.4mil. This followed the authorities’ previous seizure of US$375,000, an act which alerted them to the even larger sums of money he had been receiving. In this case, the US$375,000 had been sent from the USA to his bank accounts, on the pretext of raising funds for victims of the 2015 Nepali earthquake.

And this just refers to religious leaders in the Tibetan community, where nepotism is rife and pretty much accepted as fact by the populace. Amongst the Tibetan political leadership, the 9th Session of the 15th Tibetan Parliament-in-Exile saw the former Speaker of Parliament Penpa Tsering accused of murder whilst two of his colleagues faced accusations of embezzlement and corruption. Penpa Tsering has also been accused of orchestrating a visas-for-money ring, abusing his position to obtain visas from the American embassy in Delhi in return for financial compensation. Meanwhile, Sikyong Dr Lobsang Sangay’s sudden windfall and ability to pay off a US$227,000 mortgage shortly before his first election win is still considered to be highly suspicious.

Thus the financial dealings of the Tibetan elite continue to hover like a cloud over their community, casting a dark shadow of suspicion over every decision they make. This suspicion arises from the fact the Tibetan leadership are not, and have never been answerable to their people. And so in light of this revelation of the Dalai Lama receiving money from China, the Tibetan leadership need to take clear and definitive steps to allay their people’s fears. For a government that has conducted most of its dealings in the dark, the most effective way of doing so would be for the Tibetan leadership to finally come clean and be fully open with their accounts.

In the past, those who received money from China were vehemently accused of being anti-Tibetan, pro-Chinese and traitors to the Tibetan people. This accusation is especially ludicrous now it has been revealed that the Dalai Lama himself, the very top of the Tibetan leadership, has accepted money from CCP leaders. One wonders if the Tibetan people will now question His Holiness, and if the label of ‘anti-Tibetan traitor’ applies to him too. Yes, the very notion is a ridiculous one and hopefully more people will now understand how ridiculous it is to accuse someone of being a traitor for supposedly having Chinese links, when the Dalai Lama himself has these links too.

So instead of always keeping their people in the dark, instead of treating them with kid gloves, instead of babying them and assuming that they would not be able to ‘handle’ or comprehend these issues, the Tibetan leadership should for once put their trust in their people. Trust that their people will be able to handle bad news, make difficult decisions and accept that no matter how holy someone may appear to be, the men and women in their government are just humans and will sometimes make mistakes. Financial scandals are a mistake and the Dorje Shugden ban is a mistake, like so many other poor decisions the leadership has made. Enough covering up and pretending like everything is perfect and things can go on in this way for another 60 years. It is time that the Tibetan leadership takes into account the fears, worries, frustrations and concerns of their people, and tries to provide some relief. It would only be fair for Dharamsala to trust their people, as their people have put their trust in them for the last 60 years.

The death of religion in Dharamsala