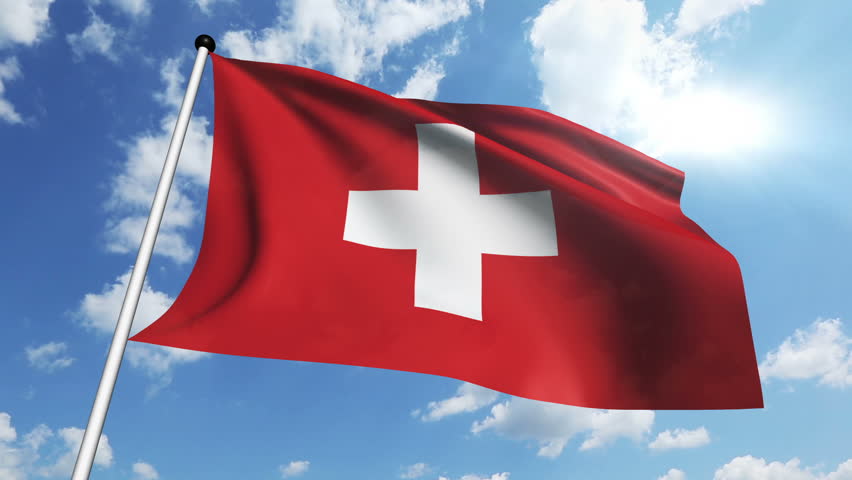 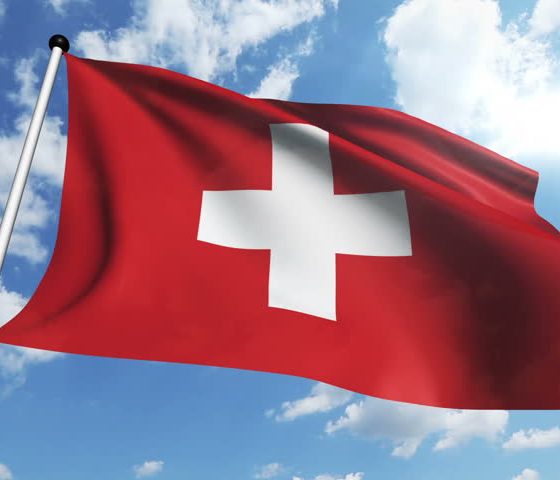 It is high time that the Tibetan leadership stop advertising how bad they think China is. They drone on about how China steps on human rights, how unfair they are, and how China does not give its citizens the religious freedom they deserve.

Whether any of this is true or false is no longer the point. What should be their main concern is how the six million people in Tibet can continue their unique cultural identity, and also somehow connect with and repatriate themselves with the Tibetans around the world, creating a unified culture and people. This is the only logical way that all things ‘Tibetan’ will continue to exist amidst the turbulent seas of the modern world.

More than ever, such efforts are important for the Tibetan leaders, given that His Holiness the Dalai Lama is now in his 80s. Rather than antagonise China, they should be doing their utmost to negotiate and make friends, before they no longer have the worldwide prestige of the Dalai Lama to rely upon. It is clearly obvious in the world of politics that the Tibetan leadership’s legitimacy derives strictly from the very same prestige and fame, and if they had any sense of forethought and care for their people, they would be making full use of it while they have the time.

The 400-year-old institution of the Dalai Lama, god king of Tibet, has always been based on reincarnated succession. So with the current 14th Dalai Lama in his 80s, it is imperative for the Tibetan leadership to make friends with China, lest the worst occurs before the god king returns in his next holy form.

However, one does not become friends with someone by hitting them on the head, or spitting on them at the turn of every corner. If the Tibetan leadership keeps running around, telling people, “Hey, Tibetans are not being treated well in Tibet,” while at the same time screaming for autonomy, does that make sense? Why would you want to be autonomous in a place where you are not treated well? To advocate autonomy yet on the same breath protest being mistreated in Tibet, does not make an ounce of sense.

So, for His Holiness the Dalai Lama and his ‘ministers’ to ask for autonomy, which necessarily involves being a part of China, but at the same time gang bashing China at every turn, at every meeting, at every political gathering with every leader of the free world, and in the media, it does not make logical sense.

This article therefore, part of a trend, portrays that a county famed for their neutrality when it comes to international politics, war, banks and political views, are now shifting towards the One China policy and enforcing it. A nation such as Switzerland which is considered wealthy, sovereign and developed is now in alignment with China’s new world order.

A simple question to ask would be: what benefit does Switzerland or any other country receive to side with the Tibetans besides a moral feel-good factor, kind of like an instant adrenaline rush? Besides that, there is absolutely no political, financial and economic benefit to side with the Tibetan diaspora. But it would make perfect sense to side with China, from whom they would receive such benefit. So, this is more bad news for the Tibetan government in exile, headquartered in Dharamsala (affectionately called Dhasa).

Switzerland is now enforcing all Tibetans residing in their country to identify themselves as Chinese or originating from China. Previously they were allowed to be identify themselves as citizens of ‘Tibet’ or ‘Stateless’. This is a huge blow to Tibetans who are always declaring that they are the people from a sovereign Tibetan nation. Switzerland’s ‘simple’ act of enforcing Tibetans to identify with originating from China says it all. Clearly the Swiss government does not or will not recognize that Tibet is sovereign but always has been and continues to be a part of China. This should rankle many Tibetan supporters and freedom fighting ‘rangzen’ advocates.

It is a huge blow to the ‘Tibetan government in exile’ or more commonly known as the CTA. This should bring them backwards considerable after years of advocating their stance against China. We can see more and more nations siding with China and not with Tibet’s claim of sovereignty. Switzerland, which houses the largest settlement of Tibetan refugees in Europe is inadvertently setting a trend for the rest of the countries that house Tibetans as well as for the rest of the world. It is very important Tibetan leaders stop antagonizing China, not from a lack of free speech but for practical reasons. Tibetan leaders must stop irritating China and become friends. It is their only hope. They should be humble and reach out before it is too late. 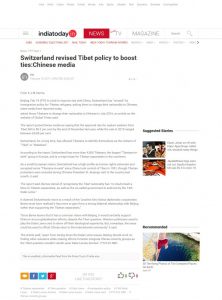 Click on image to read the full report. Source: http://indiatoday.intoday.in/story/switzerland-revised-tibet-policy-to-boost-tieschinese-media/1/886711.html