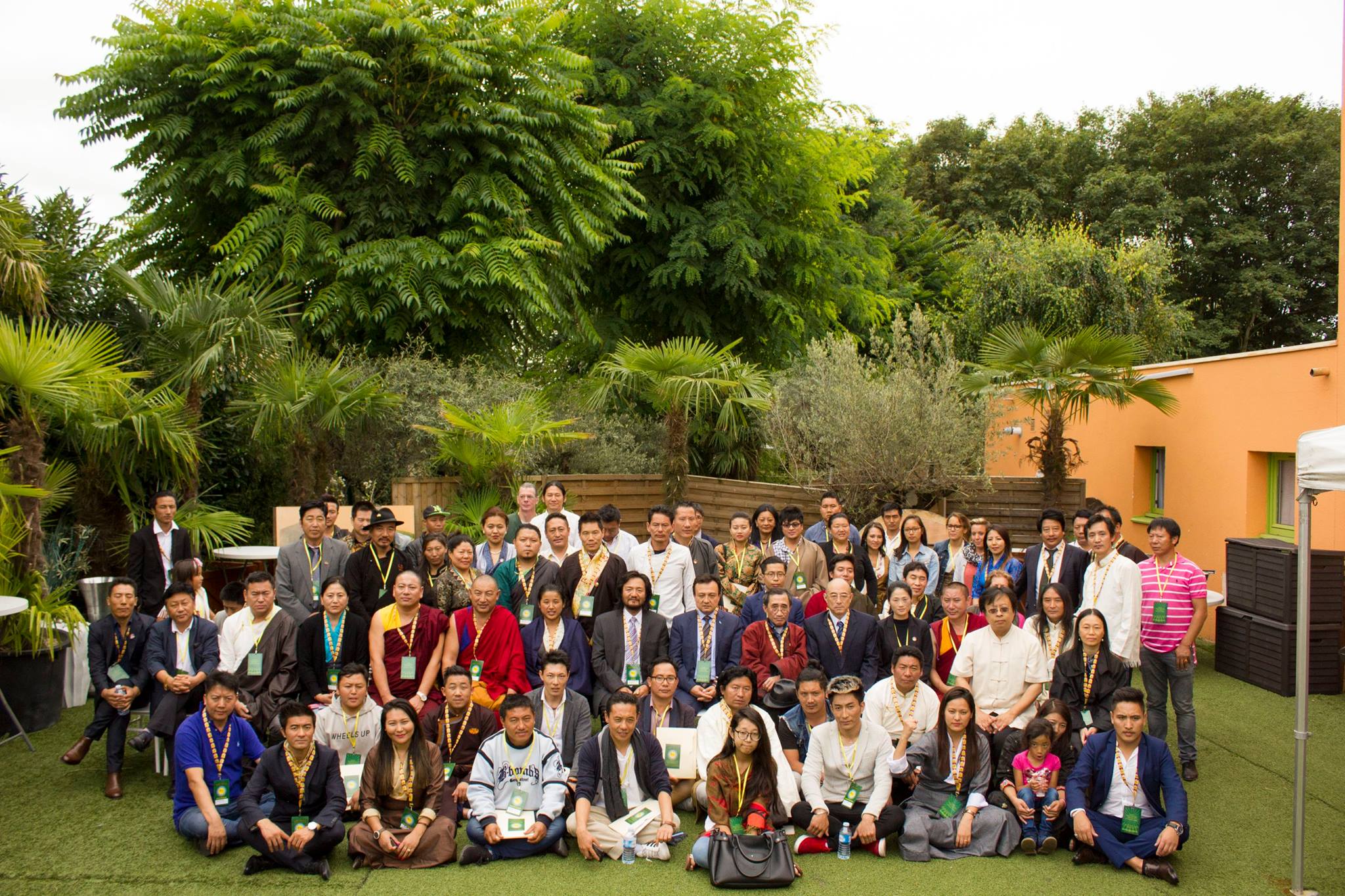 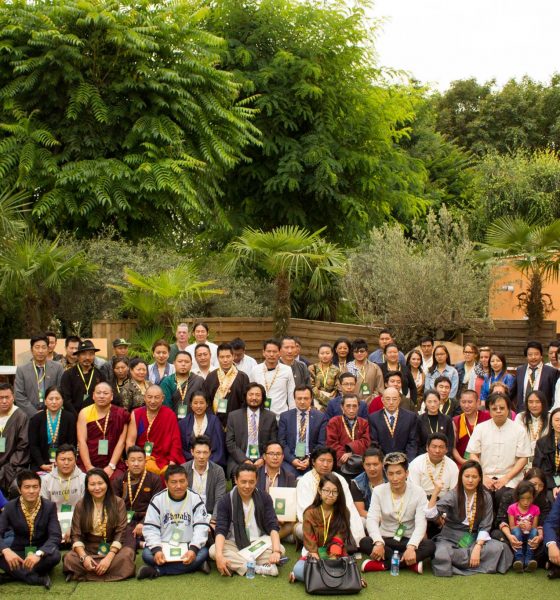 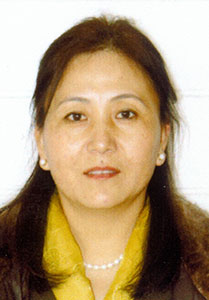 Why is MP Juchen Konchok opposing the Dalai Lama’s middle way approach to Tibet’s issue. The Dalai Lama has spoken countless times he does not want independence but genuine autonomy for Tibet which is called the middle way approach. Yet you have MP Juchen Konchok and the conference people talking about full Rangzen or full independence. They are breaking their spiritual samaya (damstik) with the Dalai lama by opposing his views directly. They are opposing the Dalai Lama. When you oppose the Dalai Lama whether politically or spiritually within the Tibetan diaspora, you are asking for problems including segregation, ostracization and perhaps losing your standing within the community. People who continue with the Protector Dorje Shugden practice are treated with malice, hatred, segregation and violence because it is seen not as religious freedom but opposing the Dalai Lama. Now the Rangzen activists are said to be allegedly even more ‘dangerous’ within the spectrum of groups that conflict with the Dalai Lama’s views. I guess the Rangzen people will have to tolerate the label of opposing Dalai Lama when your views are different as the Dorje Shugden people have for decades. They will suffer the same verbal and perhaps physical attacks for having a view different than the Dalai Lama’s just like the Shugden people. They will be labelled the agents of the Chinese because within the Tibetan communities, this is the best way to brow-beat people into submission or to create segregation for a person or group. Whether you are an agent of China or not does not matter. That label is powerful as the CTA uses this on the groups that do not fall in line with their ‘democratic’ rule. This is how it works within the Tibetan communities under the CTA.

There are around 140 people, mostly Tibetans, who gathered in Paris recently for the Fourth International Rangzen Conference. As noble as the objective may seem, the question is, how effective would the conference be? What impact could these 140 plus people have created? The truth is this, these people are only speaking among themselves, telling each other what they have already known. There are no press, journalists or media of international calibre who can further spread their message globally. So how was this conference effective?

The idea of Rangzen (full independence for Tibet) directly opposes the Middle-way approach which the Dalai Lama has been advocating for decades, so whatever that opposes the Dalai Lama will be crushed by the Dalai Lama immediately, so who would listen to what these 140 people have to say? They are only talking among themselves for self-serving purpose and would accomplish nothing else.

It is also shocking that there are actually some members of parliament from the Tibetan government in exile (Central Tibetan Administration or CTA) Dharamsala present in the conference, so this is evidence that the CTA is actually opposing the Dalai Lama behind his back. To quote MP Juchen Konchok “Rangzen conference like this are individual initiative and this is not an effort to oppose His Holiness the Dalai Lama but revival of Tibetan independence”. This statement may sound polite, but if this is not opposing the Dalai Lama, then what is it? The Dalai Lama clearly says he wants the Middle-way and not full independence for Tibet (Rangzen), and the Middle-way Approach is even boldly stated on CTA’s website, so what is Juchen Konchok and other representatives of CTA attending and even giving speeches in this Rangzen conference, showing their support?

The Dalai Lama says very clearly, we want Middle-way, and yet they all are having a big ‘momo party’ about independence (Rangzen). Their meeting is meant to destabilize the Dalai Lama’s work and it is dangerous, and it creates disharmony within Tibetans. When you oppose the Dalai Lama within the Tibetan communities, no matter right or wrong, you are perhaps inviting trouble. It is not democratic in Tibet’s ‘Shangrila’ at all. For the sake of receiving US billions of dollars in aid from the United States alone to the Tibetan government in exile or now known as Central Tibetan Administration (CTA), they have to keep up appearances of a fledgling democracy to continue this free aid. This meeting in Paris, France of all places, spells trouble and sees its conference goers as a direct opposition to the powerful Dalai Lama and his policies. 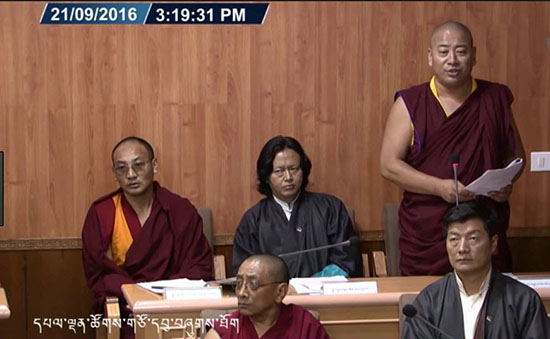 Progressive MP Tenpa Yarphel (standing) who has vehemently defended Lukar Jam in the past is known to be progressive, modern and very in feel with the pulse of modern times. Known for fearlessly speaking out against wrong policies and downtrodden, is also in the Paris conference speaking against the Dalai Lama’s views in this matter. Does this undermine the Dalai Lama’s work towards autonomy?

Mr. Lukar Jam who was a past candidate for President (Sikyong) of Central Tibetan Administration has advocated full freedom with no compromise for Tibetans. He composed a poem as a tribute to Elliot Sperling which was seen as an affront to the Dalai Lama allegedly wishing Elliot Sperling would live longer instead of the Dalai Lama. The Tibetan diaspora instantly retaliated with all forms of defamation against Lukar Jam on social media leading to his car in Dharamsala being smashed and him being thrown out of a restaurant in Dharamsala 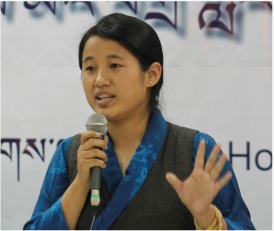 Lhagyari Namgyal Dolkar, another attendee of the three day conference in France to oppose the Dalai Lama’s middle-way. More Tibetans are speaking against the Dalai Lama’s all powerful directives. 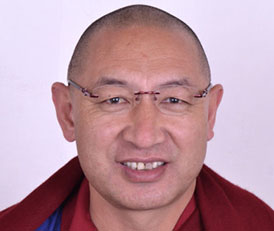 MP Monlam Tharchin who is the representative for the Bon sect in Parliament in CTA also attended this conference giving his support for full independence (Rangzen) which opposes the Dalai Lama’s middle-way policy for Tibet. Why is  Monlam Tharchin suddenly countering the middle-way in which the Dalai Lama has spoken countless times in recent years to many world leaders? 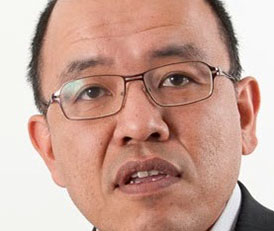 Former MP Tethong Wangpo is a long term activist for full independence of Tibet. It has been 60 years since the ‘lost’ of Tibet. Will independence happen during the lifetime of hopeful Wangpo who has attended the meeting which is in direct opposition of the Dalai Lama’s clear instructions to work towards the middle-way or autonomy. Will this type of opposition to the Dalai Lama serve the Tibetans well? 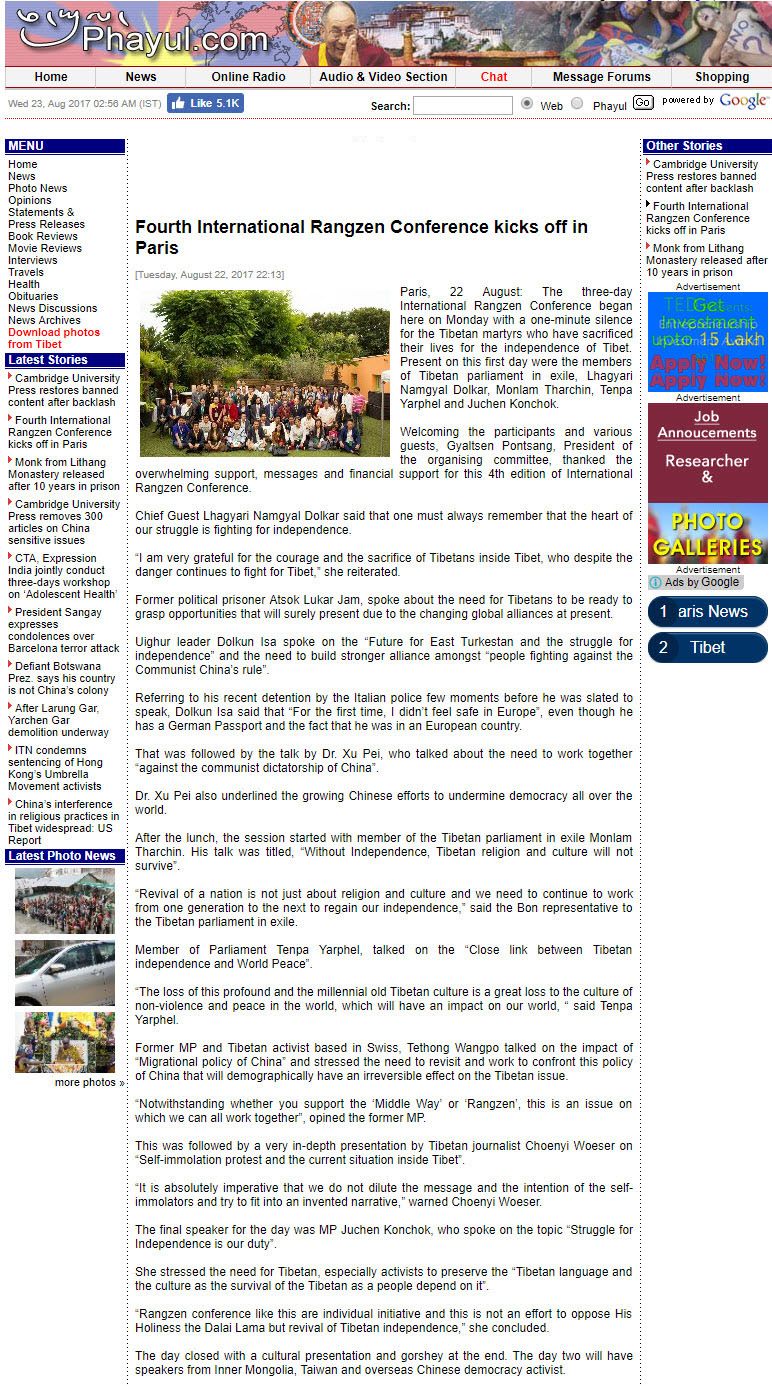