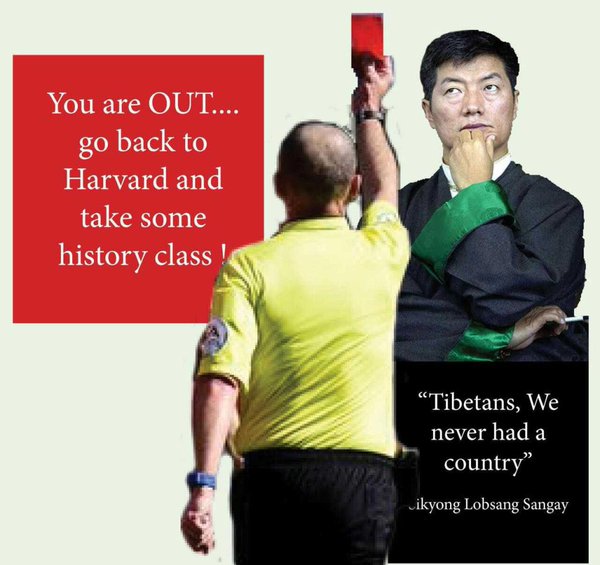 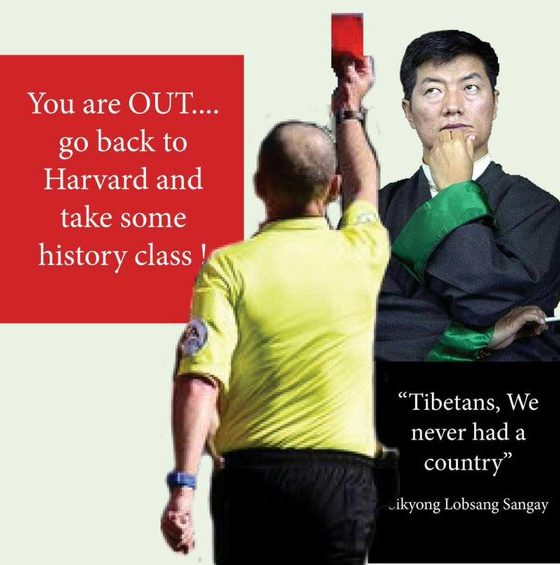 If you have been following the Lukar Jam saga, you will know that Lukar Jam Atsok is a vocal freedom fighter for Tibet’s complete independence. He is also a former political prisoner of China and ran for the position of Sikyong against incumbent Sikyong Lobsang Sangay in the 2016 Tibetan elections. However, instead of welcoming him as a comrade-in-arms and fighting hand-in-hand for their country’s future, the Central Tibetan Administration (CTA) has treated him like an enemy of the state, even going to the extent of condemning the poem he recently wrote as a tribute to a cherished friend and fellow activist, the late Professor Elliot Sperling.

Why? Because the CTA’s warped idea of democracy is a situation where everyone must conform and abide to the leadership’s ideas and opinions. In the CTA’s version of democracy, those who voice out different opinions, no matter how valid or legitimate, are labeled as traitors, Chinese spies and anti-Dalai Lama. The Tibetan government in exile is also known to use various methods of intimidation to threaten, scare and coerce its opponents into submission. Such undemocratic and often violent intimidation is targeted at individuals such as Lukar Jam Atsok, who passionately advocates for true democracy for Tibet, and groups such as Dorje Shugden practitioners who chose to follow their spiritual path. 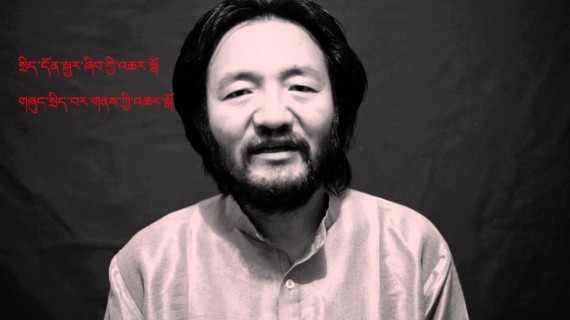 In the case of Dorje Shugden practitioners, Dorje Shugden has been made a scapegoat for the CTA’s failures to further the Tibetan cause. In the case of Lukar Jam, he has been verbally attacked, refused service in restaurants and recently was the victim of violent vandalism. His private car had its windows smashed in an unwarranted act of violence to intimidate him into silence and to punish him for supposedly disrespecting His Holiness the Dalai Lama.

No one from the CTA has spoken against the perpetrators of this crime, clearly indicating their stance on the matter. There can be no other explanation other than that they too hope to silence voices of reason, independence and democracy, no different to what the CTA accuses China of. While pro-CTA and Dalai Lama loyalists choose to ignore the real issues plaguing their government-in-exile and their lack of progress in gaining independence or even autonomy for their country, Tibetans citizens are beginning to realize what is actually happening or rather, not happening, with their country. Since my last report, more and more Tibetans have come forward to take a stand despite risks to their person. In the recent article “Lukar Jam Atsok, The ‘People-Elected’ Opponent of The Dalai Lama”, the writer Jigme Wangchuk made an astute and chillingly worrying observation:

Attack on writers and critiques are akin to Chinese troops subjecting ‘separatists’ to imprisonment. If not for the law of the land which seemingly holds justice against people deprived of identity, how volatile will be the situation then; how unabashed will be the naysayers?

Clearly, the CTA’s undemocratic actions have not gone unnoticed and parallels between their actions and China’s are bound to be drawn. Despite being refugees in a foreign land for the last six decades, the government in exile sees themselves as being above the local law and have been instrumental in numerous criminal vendettas against their own citizens.

All this is done on the pretext of protecting the Tibetan cause although in truth, it is only to protect their own interests. Imagine what would happen if the CTA were given a free hand to rule Tibet? For sure, Tibetans would be subjected to the CTA’s own brand of democracy – one that lacks even the most basic human rights of freedom of expression and freedom of religion.

Violence is not disagreement, it is violence. ~ Jigme Wangchuk, http://www.tibetanjournal.com/index.php/2017/03/24/lukar-jam-atsock-the-people-elected-opponent-of-the-dalai-lama/

If the CTA still wishes to remain in power, they should start practicing real democracy and focus their resources on uniting Tibetans instead of creating further division and wasting resources by spreading lies and harassing individuals and groups. Indeed, who would want a government whose idea of democracy includes the suppression of one’s freedom of speech as seen in Lukar Jam’s case, or elaborate hate campaigns against religious groups as seen in the case of Dorje Shugden?

His Holiness the Dalai Lama has made it clear that he is unaffected by his critics. However, pro-CTA loyalists continue to adopt a holier-than-thou attitude and dictate with an iron fist what can and cannot be said about the Dalai Lama. This type of oppression will be the cause of the CTA’s eventual downfall. Tibetan independence remains elusive even after 60 years, and freedom of speech and expression has not improved a whit.