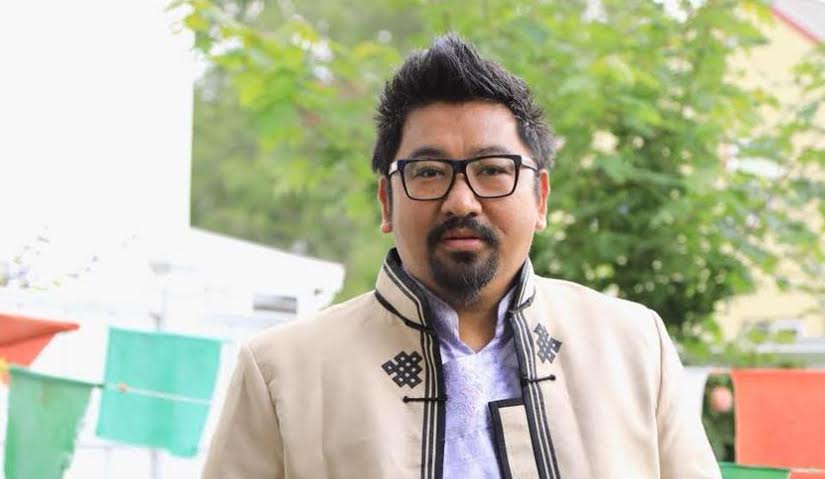 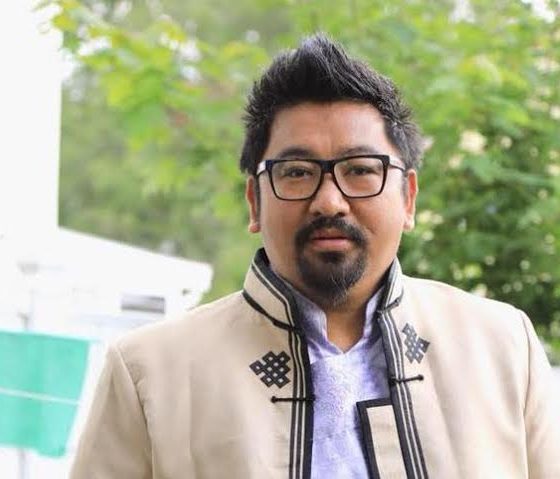 Top image caption: Dhamchoe Nyima, who has bravely spoken up against the Tibetan leadership’s continued abuses and neglect of the Tibetan people

An increasing number of Tibetans are finding out what it means to be loyal to the Central Tibetan Administration (CTA), who are the Tibetan leadership based in Dharamsala. The latest in a long line of casualties of the CTA’s “chew ‘em up and spit ‘em out” policy is Dhamchoe Nyima. Dhamchoe is a former practitioner of Dorje Shugden who gave up the practice in 2015 in favor of loyalty to the CTA.

After two years of speaking on behalf of the administration in Dharamsala, and loyally supporting their policies, Dhamchoe has come to realize the true nature of the Tibetan leadership – a group of individuals who have, over the years, demonstrated they are motivated more by self-gain than the collective interests of the Tibetan people.

It is a realization that has led to Dhamchoe’s brave, heroic decision to step forward and be open and honest about what they are really like. In his latest video released on the YouTube channel “Voice of Truth”, Dhamchoe fearlessly expresses his thoughts about the CTA. So although Dhamchoe previously appeared in videos speaking against the Dorje Shugden practice, he has since identified a larger problem and today, speaks strongly against the CTA.

In the video below, Dhamchoe can be seen burning up one of the most powerful symbols that any Tibetan supporter of the CTA possesses. What Dhamchoe is carrying in his hand is a green book known as the freedom book (or “rangzen la deb” in Tibetan). It is used all around the world to identify Tibetan supporters of the CTA.

Each year, when Tibetans pay a nominal tax to the CTA, they get a stamp in their book to acknowledge that they have done their duty as a Tibetan. Tibetans in exile and those naturalized into other countries carry the green book with pride, because it is a marker of their Tibetan identity, and identifies their financial support of their leadership and the so-called Tibetan cause, and the fact they are ‘clean’ and approved by the leadership. Only Tibetans are allowed to hold this book, and only people the CTA approves of will get this green book. So Dorje Shugden practitioners, for example, are not allowed to get this green book unless they received it prior to the ban. With this green book, Tibetans can vote in the Tibetan elections and because Shugden practitioners do not have a green book, they are not allowed to participate in so-called Tibetan democracy. The book, instead of fulfilling its name as a ‘freedom book’, ends up becoming a tool of discrimination and segregation.

Nevertheless, for Tibetans who strive to get a green book as a matter of Tibetan patriotic pride, it is a hugely shocking sight to see Dhamchoe dramatically burning his green book. Tibetans will understand the significance because he is effectively saying he disavows himself of the community that supports the CTA, and does not want to be led by the CTA or be associated with the CTA anymore. After making such a strong statement in protest against the leadership, it is highly unlikely that Dhamchoe will ever be reissued a copy of his green book. As in many past cases when you go against the CTA, the CTA will definitely find covert ways and methods to ostracize and embarrass you. They will make you Public Enemy #1 as they are not democratic and a regime. Speaking against any of their policies will lead to you being accused of being a Chinese spy or agent, or having some kind of relationship with Chinese leadership to direct all of the Tibetans against you.

That makes his actions all the more brave. Not only has he spoken up against the leadership, but he has taken the first steps to disassociate himself from them. He joins an increasing number of Tibetans who are refusing to be associated with their leadership. This is what the CTA does to even their most fervent supporters, even those who once filmed anti-Dorje Shugden videos and betrayed Dorje Shugden lamas. The CTA basically exploit their people as unwitting mouthpieces and once their puppets have outlived their useful purpose, they are ignored and thrown out.

We congratulate Dhamchoe on this brave move against an oppressive regime because the more he speaks, and the more he exposes the suffering that the CTA causes, the less harm they can do to Tibetans. Thank you Dhamchoe for speaking up, all Tibetans know what you have risked and what you have given up. With your actions, more will finally realize that nothing good can come of supporting a regime that has, for the last 60 years, exploited, abused, neglected and segregated the Tibetan people, all the name of fame and money. In this day and age, when faced with the harm caused by Dharamsala, staying silent is no longer an option when it comes to protecting the religious and personal freedoms of the Tibetans.

TRANSLATION
From the Voice of Truth, I would like to say “tashi delek” to all beings of the six realms of samsara. I’m Dhamchoe Nyima in exile, speaking to you as a reporter, a community worker and as the founder of the Voice of Truth. In desperation I had to open this broadcasting channel. The reason I’m coming forward and resort to using this platform, I would like to divide them into four points:

1ST POINT – I would like to point out the CTA, Sikyong and the political leaders, and how it is becoming rotten from the inside. [he’s referring to internal corruption, and how they destroyed Tibetan unity]

3RD POINT – I have always felt very strongly about the [Tibetan] community. I am a person who works for the benefit of the community. My family, with the exception of my mother, have mentally tortured me for 20 years. [this refers to his previous practice of Dorje Shugden]

Instead, our actions dishearten the people inside Tibet. I myself personally have always respected the CTA and this green book, the freedom book (rangzen la deb). I always made the due payments. Until today, I followed the CTA but from today onwards, I cannot stay in this exiled community any more. I stop supporting the freedom book. Not only do I stop supporting it, I’m going to destroy it today. I’ll destroy it and I’ll tear it into pieces and then I’ll burn them. See, I’m tearing it now… [Dhamchoe repeats it a few times]

Why are rangzen people allowed to live in Tibetan communities?