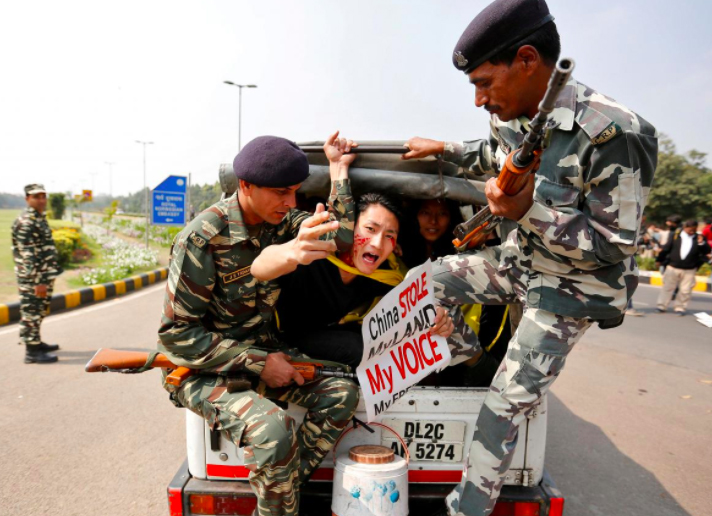 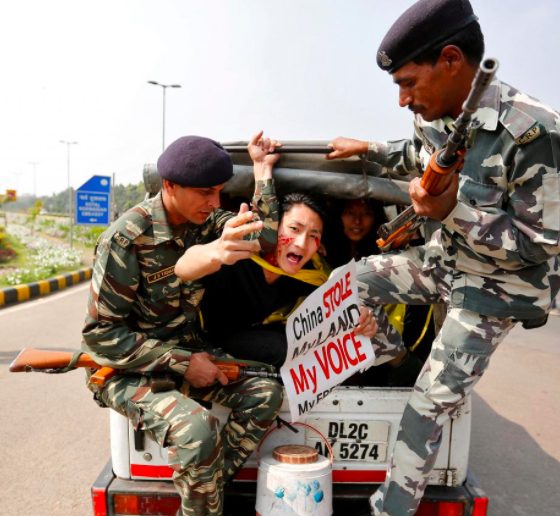 Top image caption: Tibetan activists are detained by police during a protest held to mark the 58th anniversary of the Tibetan uprising against Chinese rule, outside the Chinese embassy in New Delhi, India, March 10, 2017. REUTERS/Cathal McNaughton/File photo

Observed on March 10th each year to commemorate the failed 1959 uprising against Chinese rule and the flight of His Holiness the 14th Dalai Lama Tenzin Gyatso to India, Tibetan Uprising Day has in the past led to violent disturbances and arrests. This year, however, might be a whole different story.

Keeping the rallies away from Delhi which is the capital and decision-making heart of India sends a strong message to the world that the Indian government is perhaps straying away from its long-time policy of supporting the Central Tibetan Administration (CTA).

It could also signal that the CTA’s ineffective but irksome actions will not be tolerated much further, hence the ban on holding any Uprising Day activities in Delhi and the instructions from the Modi government to limit events to the northern town of Dharamsala, where the Tibetan leadership is based.

In other words, Delhi is saying “keep it away from our backyard”, implying a loss of support for the Tibetan leadership and the refugee community.

This major departure from previous foreign policy with regards to exiled Tibet shows that India is no longer willing to let Tibetans, with the support of the USA, run loose in their capital city, creating havoc.

To be sure, it is not a sign of India kow-towing to China (this will never happen) but India waking up to the fact that China plays a major role in the long-term growth and sustainability of the Indian economy and therefore worthy of very serious engagement.

Also, India has been one of the most prominent supporters of Tibetans in exile to say the least, hence Tibetan refugees will just have to toe the line and not engage in calling any Indians “Chinese dogs”, which they are fond of labelling anyone who might be a convenient target in opposing their views. 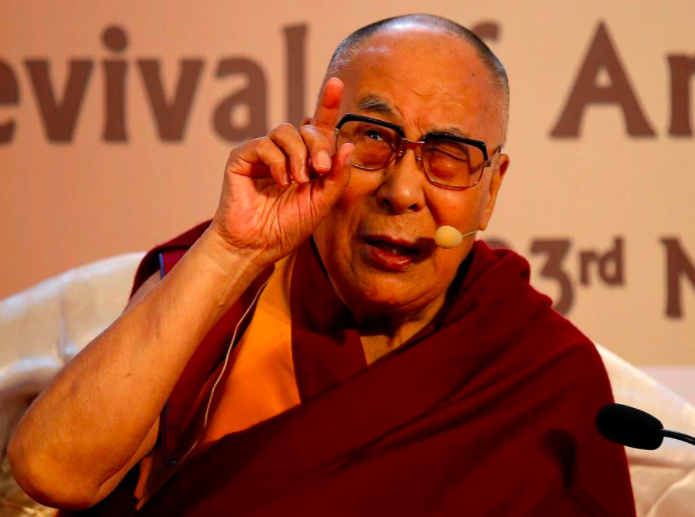 Let’s hope that as a result of this move by the popular Modi government, bilateral ties between India and China will be further strengthened, friction between these two Asian giants will lessen and over 2.5 billion people will benefit from economic growth and peace in the region.

Furthermore, if the Tibetan people had any gratitude for what India has given them over the past 60 years, they would refrain from protesting so as not to jeopardize Sino-Indian ties. They really should have more care for the welfare of their host nation and its 1.3 billion citizens.

In fact, the Tibetan leadership is getting a taste of its own medicine. They are now experiencing how it feels to have their freedom of speech (or freedom of choice) curtailed. They are getting a taste of how it feels to be controlled by a higher authority and being dictated to on what they can and cannot do. This is what the Tibetan leadership has done to the thousands of Dorje Shugden practitioners in India and Nepal which is to ban their religion and segregate them unfairly since 1996. Karma striking back.

It is crystal clear that more and more countries are aligning with China and that the Tibetan cause has lost its lustre. There is no benefit whatsoever to supporting the Tibetans and their corrupt and immoral leadership, and many countries have come to realise this fact in recent times.

If the Tibetan leadership really wishes to preserve the unique Tibetan culture, tradition and faith, the best place to do it is in Tibet itself. In just two or three generations, Tibetans living outside Tibet will, through the process of cultural assimilation and naturalization, lose their cultural identity and heritage completely. This dilution of the Tibetan identity has already happened in many western countries where Tibetans and their families have settled.

I say it again, the best place for Tibetans to practice and continue to preserve their unique culture is in Tibet itself, which is the safest place for the preservation of their culture, religion and unique way of life.

It is therefore of paramount importance that Tibetans in exile in India make peace with China in order to preserve their heritage, and perhaps even emigrate back to their homeland. And it is imperative that the Tibetan leaders stop the negative rhetoric against China, humble down and make the right choice for the 100,000 or so refugees under their care. If the exiled Tibetan leadership makes friends with China, then things will become better for the Tibetans inside Tibet and a chance for all Tibetans outside of Tibet to visit family in Tibet and perhaps even migrate back to their homeland. By opposing China, no benefit will arise. There has been no benefit for the last 60 years of lobbying against China.

There is no denying that the Central Tibetan Administration is losing its grip and influence over the Indian government and it is time that they join the ranks of other countries and start befriending China. The world powers that be cannot be wrong and China is trending now. The Tibetan leadership must either follow this trend or be left behind in the dust. We will witness more of the Indian government curtailing the activities of Tibetans in India as time goes on because making friends with China obviously has greater benefits. The Tibetans in India will continue to be on the downslide if they don’t extend an olive branch to China now.